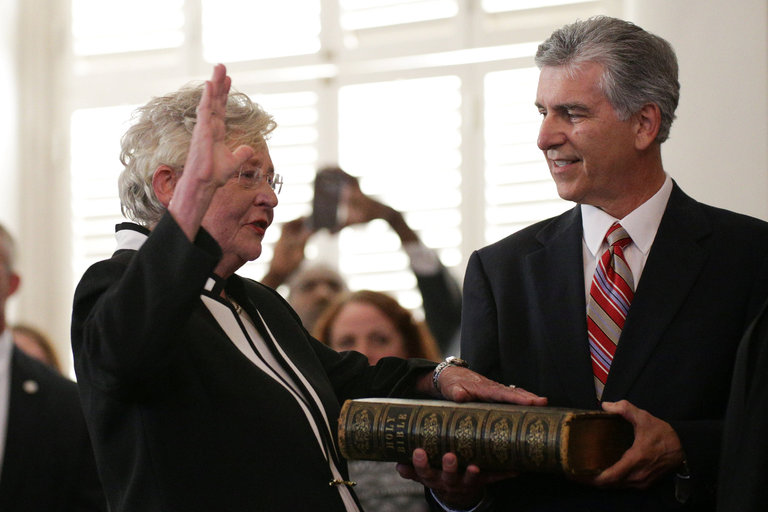 The author discusses women's representation in the German parliament to illustrate the difference between winner take all single winner seats and those elected at-large with proportional representation:

In short, the rules governing candidate selection and election make a big difference in women’s chances of getting nominated and ultimately elected. Since Jeannette Rankin’s day, American women have come far in politics, but women elsewhere have come further, thanks to more gender-equitable systems of selecting and electing representatives. As a result, the United State Congress looks less like America than other democratically elected legislatures resemble the citizens they represent.

There was an excellent piece this week from Danielle Roberts on the Democratic Audit UK on the election of women in Northern Ireland which echoes the theme that voting rules have a clear impact on representation:

It has been observed that women typically perform better in multi-seat constituencies, both in terms of being elected, and being selected to stand in the first place. The percentage of women candidates increased this election to 31% from 27% in 2016. The Green Party fielded 50% women and 50% men for the second time. Sinn Féin, Alliance and the SDLP were not far behind, all at around 40%.

While 30% female representation verges on critical mass – typically, when a third of an institution is made up of women we can expect to see some change in its operation – it still is not enough for Stormont to be considered gender-balanced. The Assembly is also overwhelmingly white and straight: there are no openly LGBT+ MLAs, and no BAME candidates were elected in either 2016 or 2017.

This piece from Arab News touches on the role of gender quotas to advance women's leadership in business and other settings in Arab nations:

Khalid Abdullah Janahi — group CEO of the Dar Al-Maal Al-Islami Trust (DMI Trust), who has 30 years of experience in banking and financial services — said: “If women were given the opportunity to run global economies, they would do much better than most men.” Some speakers suggested the imposition of company gender quotas to boost the number of women in senior posts. “I see quotas as a part of the solution, not the only one,” said Mohammed Hassan Ali Abudawood, president of the M. Abudawood Group. “I’m with the quota system because we have a very high rate of women’s unemployment, not only in the Kingdom but around the world.”

According to a story on Insidethegames.biz the Paris2024 committee demonstrated its commitment to diversity by supporting the United Nations HeForShe movement at the Paris Marathon - a great illustration of the potential of intentional actions to foster gender parity.

​The HeForShe movement works to promote gender equality and accelerate the fight against gender discrimination. At the Paris Marathon Elizabeth Nyamayaro, head of HeForShe, met with Paris Mayor Anne Hidalgo to discuss the work being done within Parisian sport to help gender equality and how it plays a central role to the bid’s legacy plans.

Central to these legacy plans is the Playdagogie initiative, an innovative programme developed alongside the French Olympic Committee (CNOSF), UNICEF and PLAY International that promotes Olympic values of inclusion and equality in children, aimed at deconstructing prejudices before they can begin.

Kay Ivey was sworn in as governor of Alabama this week after Robert Bentley resigned under a cloud of scandal according to this piece in The New York Times. Gov. Ivey served previously as lieutenant governor and state treasurer and joins four sitting women governors.

Have a terrific weekend!

P.S. Here is some of what's blooming in my garden!