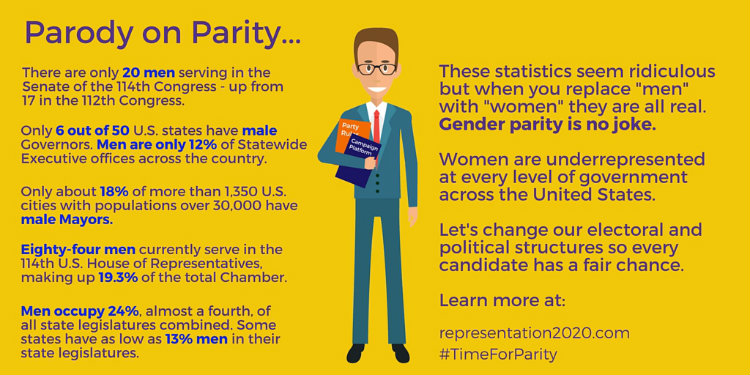 Sewall Belmont House announced the launch of the Women's Vote Centennial Initiative to plan for the 100th anniversary of suffrage in 2020. This blog by Stephanie Drahan on the League of Women Voters site is a good overview of the discussion of Women in Politics from 1920 to 2016 held last week at Sewall Belmont House.

Anna Kegler wrote a blog on HuffPost Politics titled Hillary Clinton, Melissa Harris-Perry and the Opposite of Imposter Syndrome that included this great line: "Telling women to counteract the entirety of competence bias by being more confident is like telling one of Cinderella’s stepsisters to squeeze her foot harder into the glass slipper. It’s never going to work. The structure itself has to shift, which is going to take work by both women and men."

Gender Avenger along with their partners CAWP and Women's Media Center are tracking the gender balance of news show pundits - see their latest installment: #WhoTalks Week 4:

Andrea Dew Steele, president and founder of Emerge America had a piece on HuffPost Politics titled Understanding the Progress We've Made and Recognizing the Work Still Left to Do - on their work to train women to run for office.

Carl Hulse writes an interesting piece in The New York Times: Tired of Being Defined by Others, G.O.P. Women Speak for Themselves which profiles the perspectives of Rep. Cathy McMorris Rodgers and other republican women leaders.

International
There was a very interesting piece in The Nordic Page on the number of political parties in Norway that are now led by women. In contrast, there was a sobering piece on Telesur about the rejection of an electoral bill in Guatemala with a gender equality provision - despite widespread support from women activists and some political parties.

Events
VoteRunLead is offering a live web clinic series - click here for more information on how to sign up! The series kicks off on April 14th at 9:15am (MT) - with an interview with Salt Lake City mayor Jackie Biskupski.

On April 20th Marie Wilson and others will be participating in a forum on mandatory and voluntary quotas (used in over 100 nations) to increase the number of women running for office in the United States. The event will run from 6:30-8 p.m at the South Lounge of Fordham’s Lowenstein Building on the Plaza Level of 113 W. 60th Street in Manhattan.

The Women & Politics Institute at American University is planning their 5th annual Race for Representation on April 30th - the Representation2020 team participated last year on a very cold day in March - it was lots of fun!

The Rep2020 team has created a few images to celebrate April Fool's Day and draw attention to the over-representation of men in elected office in the United States. Attached are images for Facebook & Twitter. Please help us share the fun and the pun!

I am so glad to be working with all of you to fix this parody of parity! 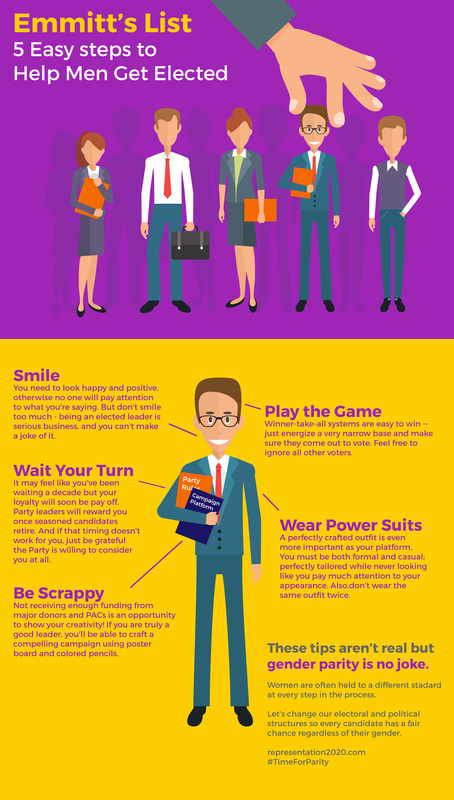