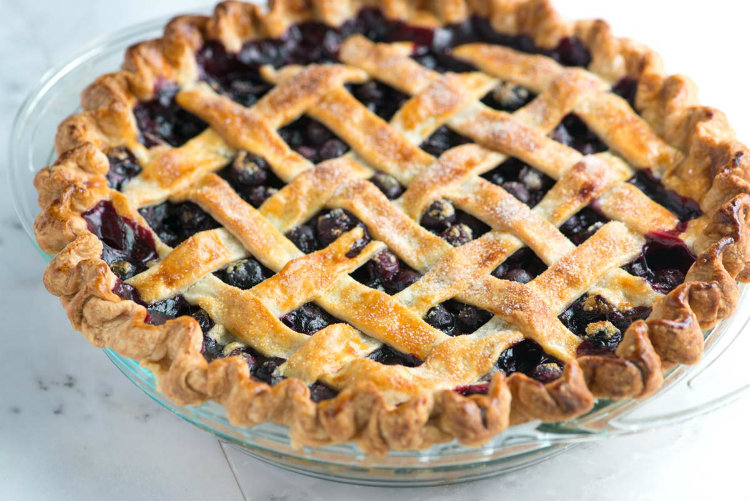 Hello friends,
I will keep this week's missive brief as I know we are all pressed for time this week - two of my three children arrived home last night with friends and two extra kittens in tow! I am itching to get home and make the dough for my mother in law's famous rolls and start the pie-making process.
If you are still trying to decide what kind of pie to make - like me - try using our RankIt App to poll your family or guests. It's a handy app for deciding anything and everything but it's still in beta form so let us know how we can make it better! Click on the 'see results' button to understand this simple - yet fair - voting process!
There was some coverage this week - including this piece in the Christian Science Monitor - on the election in Chili this weekend to select a new president. Sadly, there will be no female executives in the Americas once Bachelet steps down:

When Michelle Bachelet won Chile’s presidential election in 2006, she not only became the first woman to hold her country’s highest office; she ushered in a wave of female presidential victories that shattered glass ceilings across Latin America.

At one point, in 2014, more than 40 percent of the region’s citizens lived under female rule.

But as Chileans head to the polls Sunday to elect their next leader, and President Bachelet prepares to step down, an era is ending: For the first time in over a decade there will be no women presidents, or Presidentas, in the region....

Erin Vilardi and Lulete Mola had a terrific piece on Huffington Post this week:

According to the Centers for Disease Control, the number of women in Minnesota who have been raped, assaulted or stalked could fill Target Field 17 times. This is 684,000 women in our statewide community. Nationally, the #MeToo movement is a reflection of women’s collective story, a vivid display of how commonplace sexual violence is in the United States, with rates estimated to be as high as 70 percent of all women who have experienced sexual violence or assault.

It is no coincidence that a tidal wave of women running for elected office is happening at the same time. November 7 saw barrier-breaking women win. This is women’s frustration channeled into political action.

Recently, the careers of powerful men in Hollywood have suddenly come to a halt as the chorus of women affected by sexual assault demand accountability. This is culture shift. Now, we need to match it with a power shift.

Minnesota Rep. Erin Maye Quade was elected to the state House of Representatives in 2016 and entered as one of only three Black women in the legislature. Last week, she courageously stepped forward with her own experience of harassment at the Capitol. Her story mirrors what we are hearing in state houses across the country. In Colorado, California and Georgia, women are sharing their stories and validating what we have always known: our government institutions are not safe for women.

Our response? Women are running for elected office and winning. We are making a difference in elections as voters. And we are speaking out against our male allies ― often in our own party ― and taking political and personal risks by naming names.

Finally, Bill White wrote a piece in The Morning Call about the moment we are in politically - it's worth the read:

I was speaking at a League of Women Voters luncheon the other day to a mostly female crowd, and one line drew spontaneous applause, startling me.

I'm not what you would call a dynamic speaker. So this clearly reflected appreciation for the message, not the messenger.

"Women new to politics have emerged as candidates all over the country," I said, "and they did very well Tuesday. Between Donald Trump's behavior and policies and the wave of high profile sexual harassment and sexual assault claims that have emerged since the Harvey Weinstein scandal went public, I sense a real determination to end this male dominance of local and national politics."

As heads nodded, I went on to say that if this can be sustained, it will begin to have a real impact on policy decisions affecting women that until now have been made by older white men.

Considering that Pennsylvania ranks 49h nationally, according to one ranking, in the representation of women in government — hey, we beat Mississippi — it's understandable that politically engaged women like those involved with the league would be hungry for a culture change.

I think it's happening.

Look around the Lehigh Valley, Pennsylvania and the country, and you'll see growing energy from women who are tired of being victimized or ignored in their workplaces, in their communities and in the halls of power — and are determined to do something about it.

"I think it's undeniable," said Christopher Borick, Muhlenberg College political science professor, "that this year has been a year when women voters have clearly made a statement with their votes and with their decisions to run. I think that's probably going to carry over into next year."

We saw it in the success of female candidates in Lehigh Valley elections this year, and certainly in the state appellate court elections, where women captured every available seat.

Representation 2020, the group that compiled the 2017 Gender Parity Index Report that ranked Pennsylvania so low, notes on its website:

"The U.S. ranks behind 100 other countries for women's representation, with women making up less than a quarter of every level of government. Yet progress is possible. With the momentum of a growing movement pushing us forward, we can win gender parity in our lifetimes — but only with new strategies that target the structural causes of women's underrepresentation."

The enormous, enthusiastic turnouts for Women's Marches in January were the most dramatic reminder that a growing number of females are fed up with our country's direction. Total crowds were estimated at 2.6 million for what I think you could argue was the beginning of a genuine game change.

"Sometimes it happens maybe once in a generation that a spirit of resistance is awakened at the intersection of love and faith and holy outrage," Rabbi Sharon Brous said at the five-hour rally in Washington. "... This is one of those moments."

Mary Erdman of Upper Macungie Township recalls seeing a post about the burgeoning Women's March on Facebook one night and being impressed that there were several hundred Likes.

The next morning there were 12,000 — and the numbers kept exploding.

She ended up helping to plan for the group of Lehigh Valley attendees and served as a captain for one of the seven packed buses leaving from Lehigh Carbon Community College.

She said attending the planning meetings was like going to therapy sessions. "In some of those meetings you could just feel the rage."

In fact, she told me, after the march, many of the woman who participated, inspired, began forming small groups focusing on political activism.

Erdman subsequently joined the Lehigh Valley League, for which she now is vice president for programs, and jumped into the statewide effort to end gerrymandering, becoming a speaker for the lobbying and educational group Fair Districts PA.

As for the event itself, "it was absolutely exhilarating," she said. "There was an electrical atmosphere that was so motivating."

The crowds were full of people who had felt marginalized by Trump's campaign and the direction of his party. The scope took even the organizers by surprise.

"You couldn't secure a reservation for a bus from New England down to Georgia and west to Ohio for that weekend," Erdman said. "Every bus was taken."

Borick said, "That was a very powerful visual display of that anger and energy, and it's found its way into other aspects of society with more women running, women clearly being engaged in this election cycle. I think it's real."

Consider the symbolic resonance of a room full of white men mapping the Senate's health care bill or the photos of gathered cabinet members and other appointees, almost all white males. Not to mention the decisions they're making, many of which show no understanding of or regard for the female perspective.

"It's like doubling down on everything a lot of women voters are concerned about," Borick said.

The consequences are just beginning. That's worth some applause.

I will end with this quote from John Adams as I think it captures the spirit of representative democracy that we are on the cusp of realizing if we can find meaningful ways to work together to diversify our strategies and increase the scale of our collective impact:

The principal difficulty lies, and the greatest care should be employed, in constituting this representative assembly. It should be in miniature an exact portrait of the people at large. It should think, feel, reason, and act like them. That it may be the interest of this assembly to do strict justice at all times, it should be an equal representation, or, in other words, equal interests among the people should have equal interests in it.