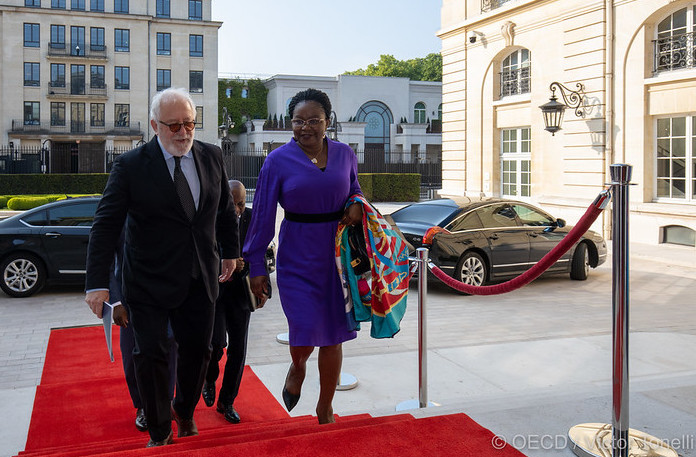 Prime Minister Dogbé has had a long and laudable career in the political sphere and has served  in many leadership positions. Dogbé has previously worked for the United Nations Development Programme, served as Chief of Staff to President Gnassingbe, and was appointed Minister for Youth and Grassroots Development.

Additionally, the appointment of Prime Minister Dogbé is considered a turning point in the struggle for gender equality in Togo, which  ranks 120th for legislative gender  parity, with women only making up 18.7% of parliament. Steps toward political parity are already taking place as Dogbé appointed the new government where almost 30% of the ministers are women.

Although intentional actions and legislation are needed to make sustained progress toward gender parity in politics, the importance of a woman Head of State can not be overstated. Both in bringing a lived perspective to legislation pertaining to women and normalizing women leaders, the appointment of Prime Minister Dogbé is an important and an essential step toward gender equality.

Fatma Tawfik is a fall research intern for RepresentWomen. Fatma graduated from Beni-Suef University this past spring with a bachelor's degree in political science.