Electing more women to government will strengthen our democracy by making it more representative, improving policy outcomes, encouraging a new style of leadership, and cultivating trust in our elected bodies.

To advance women's representation and leadership in the United States, we must adopt proven policy solutions that address the structural barriers women face as candidates & as elected officials. These institutional strategies are a natural complement to individual candidate training programs. 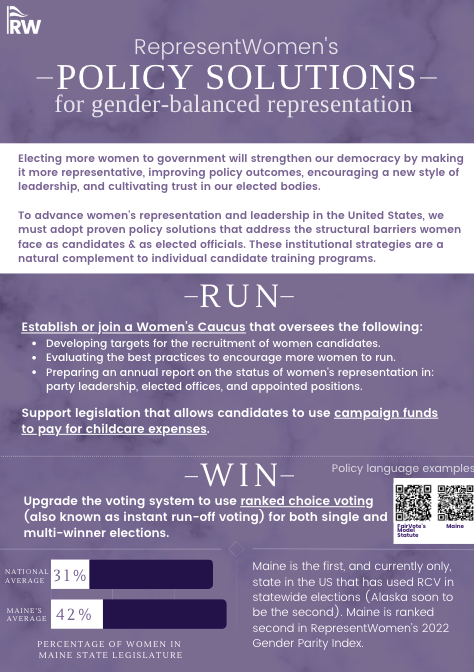 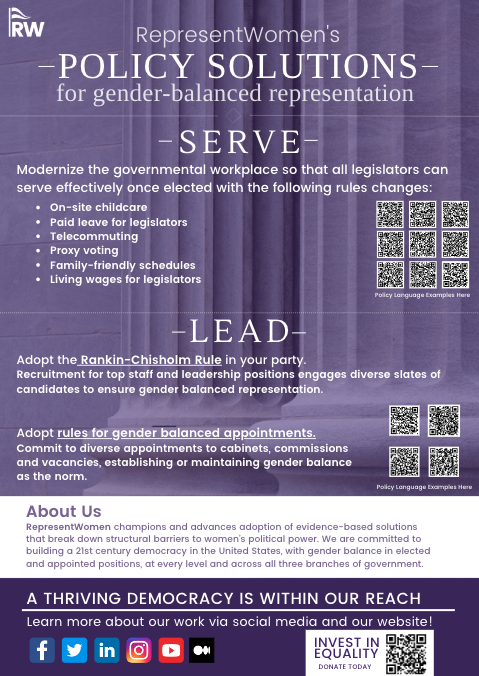 Establish or join a Women’s Caucus that oversees the following:

Support legislation that allows candidates to use campaign funds to pay for childcare expenses.

Upgrade the voting system to use ranked choice voting (also known as instant run-off voting) for both single and multi-winner elections. Maine and Alaska are the only US states who have used RCV in statewide elections - Alaska's first use being in 2022. Maine is ranked second in RepresentWomen’s 2022 Gender Parity Index.

Modernize the governmental workplace so that all legislators can serve effectively once elected with the following rules changes:

Example of On-site Childcare in Practice 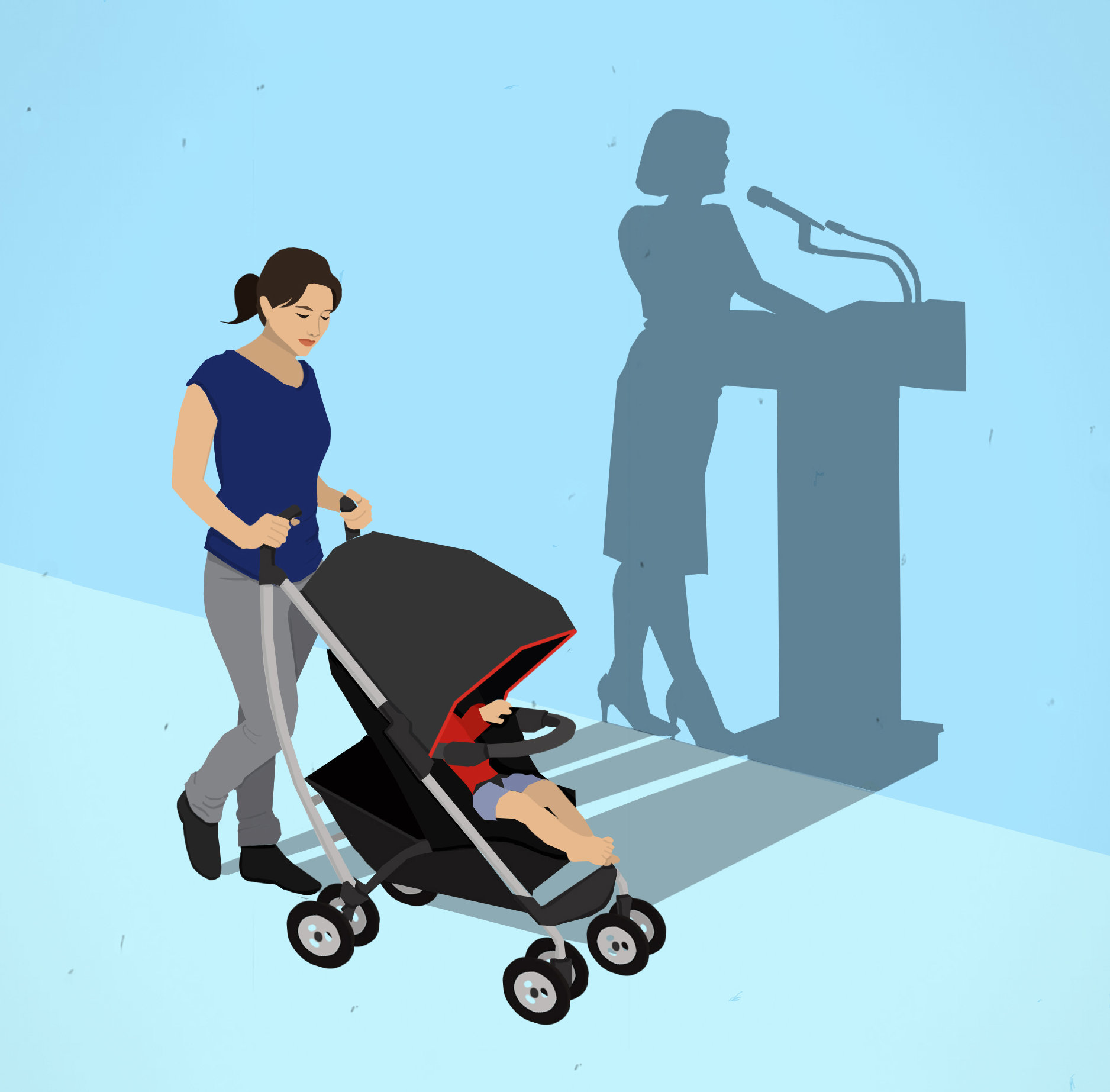 This piece was originally published in Ms. Magazine, 5/6/2022

U.S. women are more likely to become moms now than they were a decade ago, Pew Research shows—which means we are seeing an increase of moms running for office. Just last week, Minnesota state Senate candidate Erin Maye Quade actually gave a campaign speech while in labor, where we can see her literally breathing through contractions at the podium. She eventually had to withdraw from the debate and her opponent won the party’s endorsement. What is it like to be a mother running for office?

Today in Minnesota, @ErinMayeQuade gave a convention speech while in active labor. And her opponent didn’t think to ask to postpone the convention as she, you know, had to go to the hospital to deliver her baby. What the hell. pic.twitter.com/Wmu5fh40I6

RepresentWomen's mission is to reform the institutions and structures that hold women back from running for office rather than forcing women to change. Increasing the recruitment, training, and funding of women candidates will be more effective in getting women elected at every level of government. It's time we dismantle these barriers for women who want to run for office.

Teach others about recruitment targets!

Use our presentation on gender balance rules in the US and around the world to teach your community about the benefits of recruitment targets.

In the final installment of the "How To Be A Citizen" series the Pantsuit Politics hosts look at the importance of structural reforms to address structural issues facing the United States. In this episode, they interview RepresentWomen Founder and Executive Director Cynthia Richie Terrell on the history of structural reforms in the U.S. and what we should do going forward.

The Alliance Party After Dark Podcast

This podcast from The Alliance Party discusses the work of RepresentWomen with Founder and Executive Director Cynthia Richie Terrell and the impact more women in political office could have.

Women in Political Innovation was founded by Katherine Gehl in May 2019 with the goal of bringing together women working on politics at a systems and structural level. This podcast recorded during May 2020, is a conversation between WIPI Founder Katherine Gehl and RepresentWomen Founder and Executive Director Cynthia Richie Terrell.

PACs and Donors: Agents of Change for Women's Representation

Read more about the breakdown of PAC giving in 2018 and our recommendations for PACs and donors in our 2020 PACs and Donors report.

Since women earned the right to vote 100 years ago, political parties have been looking for ways to engage women in the political process. Both the Democratic and Republican national parties have enacted gender balance rules to attempt to achieve gender parity amongst their state delegates to national conventions. Following these national policies, some state parties have established guidelines for choosing who to send to their state conventions, requiring gender balance at local levels. The team at RepresentWomen has worked with the pro-bono team at Hogan Lovells to research each state party’s rules. The visuals are based on that research. This brief explores the history and the constitutionality of these rules.