RepresentWomen's mission is to bridge the gap between the women's representation and election reform movements by providing resources that outline the role of systems strategies in advancing women's representation and leadership in the United States. If you have a question about ranked choice voting or would like to request our team to prepare educational tools tailored to your needs as an activist in either space, reach out to us through the contact us page on our website or email [email protected]. 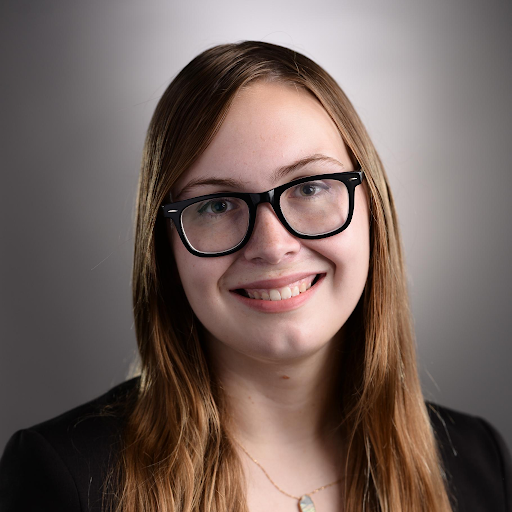 Grace Beyer is passionate about sustaining democracy, combating climate change, and fighting for women’s rights. After earning her Masters's in Public Administration at George Washington University, she devoted her time to developing expertise on state election policies. In fall 2021, Grace joined the RepresentWomen team as a research associate. As an RA, Grace has been helping the RepresentWomen team by conducting research on the effects of systems on women’s representation in government.

Our Research: RCV By the Numbers 2021

Who are the Mayors of Ranked Choice Cities? (43% Women)

Below is an interactive display showcasing the women mayors elected using RCV. Click on any pointer on the map to learn more about the woman mayor, the city she presides over, and when she was first elected. Underneath the map are the faces of all the women mayors, their names, and their respective cities.

Who are the City Councilors in Ranked Choice Cities? (51% Women)

Want to learn more about some of the jurisdictions that use ranked choice voting?

Click the button below to learn about the racial demographics, population size, the first women elected with ranked choice voting in that jurisdiction and more.

The Jurisdictions That Use RCV

In July 2021, we released our preliminary findings on the impact of ranked choice voting on women's representation in New York City, where RCV was used for the first time since the late 1940s to nominate candidates for mayor, public advocate, comptroller, the five borough presidents, and the city council. In November, our team revisited this research and produced a series of digital resources mapping out the history of women's representation on the New York City council, the re-introduction of RCV, and the impact RCV had on women candidates.

In 2021, we published an article in Politics and Governance on the history and impact of single- and multi-winner ranked choice voting on women’s representation in the U.S. In addition to revisiting some of the research from our 2016 and 2020 reports, this article allowed us to dig deeper into the available literature on ranked choice voting and identify knowledge gaps that should be addressed in future research.

The Importance of Ranked Choice Voting on Representation

In 2016, RepresentWomen (then known as Representation 2020) studied the impact of single-winner ranked choice voting in the California Bay Area (Berkeley, Oakland, San Francsico, and San Leandro), a "hotbed of RCV implementation," where over 100 ranked choice elections had taken place between 2004 and 2014 to decide local leadership in 53 offices. The study found that more women (42%) and people of color (60%) ran in and won these elections since ranked choice voting was introduced. By the start of 2016, women held 59% and people of color held 60% of these offices.

Starting in 2020, the RepresentWomen team has been drafting in-depth research on the status of women's representation in different parts of the world. In October 2021, the team released the first installment of this ongoing series, the Post-Soviet Brief. The second brief in this series, the Arab State Brief, was released December 2021. The latest edition to this series, the Latin America Brief, was launched in April 2022. Stay tuned for more releases in this series through 2022 and 2023. To learn more about our international research, please read our 2020 report, "Achieving Gender Parity: Systems Strategies Around the World."

RepresentWomen's Latin America Brief reviews the history and impact of gender quotas and other systems-based reforms in Latin American countries. While many of the highest-ranking countries in the world for gender parity in parliament are based in Latin America, our research shows that each country's individual rate of success varies according to the design of these systems.

RepresentWomen's Arab State Brief reviews the extent to which women are represented in Arab countries, the history of Arab independence and revolutions - and their impact on women's rights and representation; and country-specific information that covers the history of systems reforms and their impact on women's political rights and representation in the region.

RepresentWomen's Post-Soviet Brief covers how well women are represented in the executive, legislative, and judicial branches in 15 post-Soviet countries; the role of institutions, rules, and election systems in shaping outcomes for women in each country; and country-specific information that covers the role grassroots women's movements and civil society organizations in advancing the rights of women and girls in the region.

Posted on Intersectionality on August 11, 2021

Our 2021 report, Intersectional Disempowerment: Exploring Barriers for Disabled Female Political Candidates in the United States presents an introduction to the topic of Disabled women's political participation in America, the barriers they face as candidates, and how well-designed structural reforms can help to make the political process more accessible for all.

When I signed up for “Theories of International Relations” last year, I never expected to learn as much about feminism as I did. And yet, while sitting in my first class, I was introduced to the works of J. Ann Tickner – a feminist IR theorist who argues that omitting women from political theory leads to women being omitted from political practice. Through that class, I learned that there are structural causes for the underrepresentation of women in politics, and that this is evident not only in the makeup of our leaders, but also in how our future leaders are being taught.

Understanding New Research on Gender and Corruption in Government

An April 2018 study titled “Women and corruption: What positions must they hold to make a difference?” found that corruption is lower in countries with more women in office at both the national and local level. The authors suggest that this is because women legislators often champion policies that address poverty, education, and healthcare at a greater rate than men, and have been found to be “more concerned about whether subsidies were provided to the targeted group without corruption.”

An Analysis of Merit Selection on State Courts

Women make up a majority of the population in New York City. In 2001,18 women served on the New York City Council but in 2017 only 13 women serve on the 51-seat City Council, and that number is projected to shrink in 2018. Out of the 13 current city councilwomen, four were ineligible to run again due to term limits, while one decided not to run for re-election. All five of these women are of color. At best, 12 women will be serving in the 2018 New York City Council. There were no primary challengers for the single Republican incumbent up for re-election. Though 113 Democrats ran for contested seats, only 38 were women. A third of Democratic primaries didn’t even have a woman on the ballot. No women are running to replace Council Speaker Melissa Mark-Viverito, meaning that New York City will be bereft of a female speaker for the first time since 2005.