Even after the "Year of the Woman," Republican women remain underrepresented

"It’s hard to not get excited about all of the young, diverse Republican women running in 2020. If the United States is ever going to achieve gender parity, it is necessary for more Republican women to get elected. However, there are obstacles standing in the way of those women becoming leaders in this country. Embracing recruitment targets and challenging PACs to set goals for the totals that they give to female candidates would alleviate the hurdles that these women face while running for office. Advancing these reforms is a key step in advancing women’s representation in government." 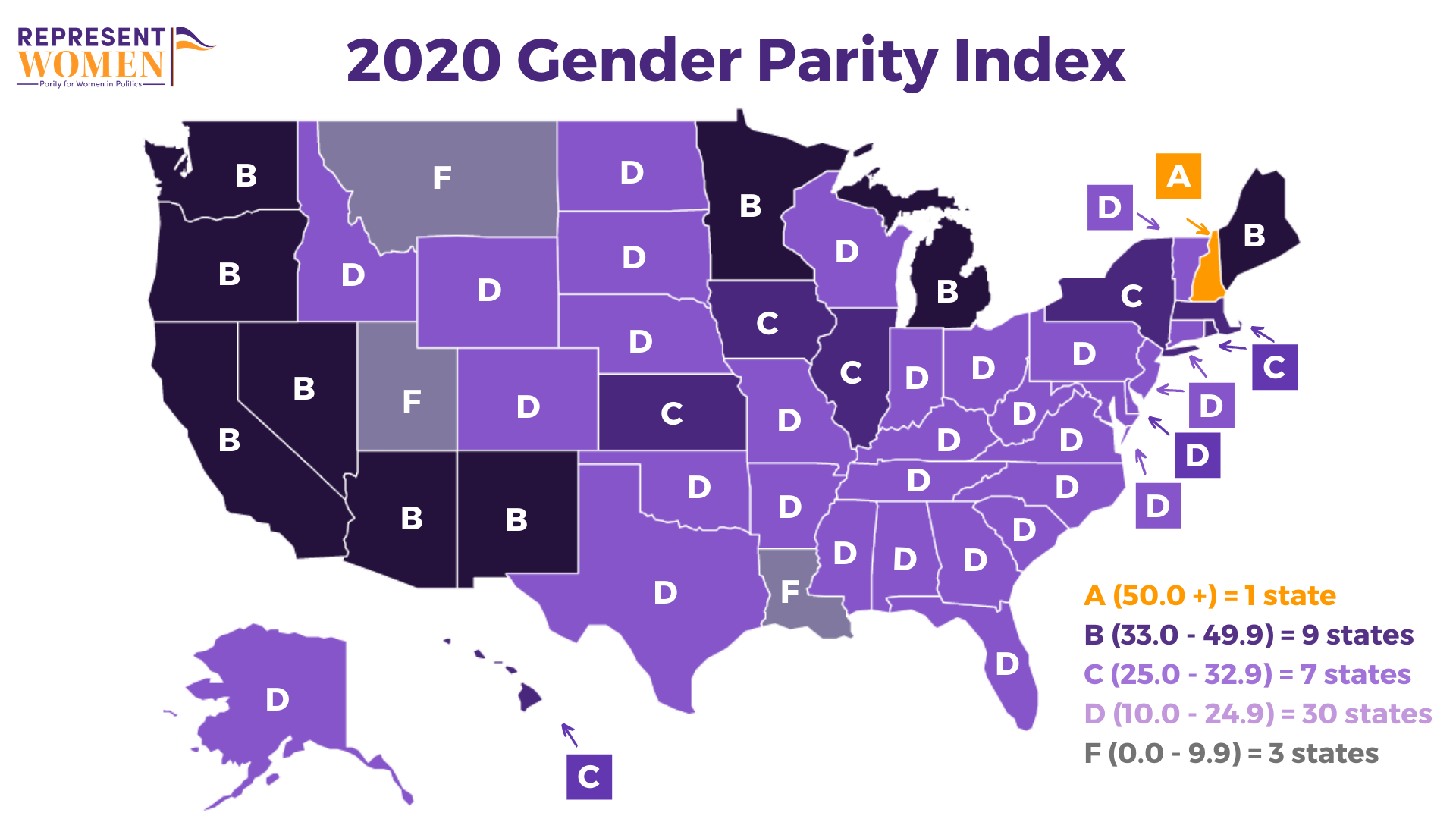 Over the past 100 years, women have crossed a series of major milestones on the path to parity. And in 2020, more women have filed to run for office than ever before. But, we need to keep these achievements in perspective.

Depending on how familiar you were with our 2019 map, you may notice that very little has changed between the 2019 and 2020 indexes. Of the four states that have new grades this year: Montana has moved down from a "D" to an "F," Colorado - which has teetered between "C" and "D" over the last few years - is back to being a "D"-ranked state, Kansas has moved up in our rankings and is now a "C" ranked state, and after a year ranked as a "B" New Hampshire moved back up to an "A" ranking, New Hampshire remains the only state to achieve an "A" ranking since RepresentWomen started the Gender Parity Index in 2014.

Despite the many achievements made by women after recent elections, our 2020 Gender Parity Index Report found that women are underrepresented at the national, state, and local levels of government and that parity for men and women in elected office is unlikely to occur without structural changes in recruitment, electoral, and legislative rules.

“While there were some gains for women this election cycle- especially women of color, we are still very far from gender parity in government. We need a reference point to see what strategies are working to elect more women, and this index provides that baseline."

Progress towards parity remains uneven across geography, race, party, and age. Today, women hold just over a quarter of all available seats in government, from national and state-level offices to major local-level offices.

Existing strategies to increase the number of women in government have only gotten us halfway to parity - equality can't wait another 100 years.

Over the last several decades, advocates in the United States have focused on building a pipeline of women in elected office by preparing individual women to run. As important as this work is, it won't work on its own. The fact that we are still celebrating candidate firsts for women in 2020, the year of the Suffrage Centennial, serves as a reminder of how incremental progress has been over the past century.

While a Loss for Hillary, NH is Still a Win for Women