Starting from the Bottom is Why We're Here: Representation in Political Theory 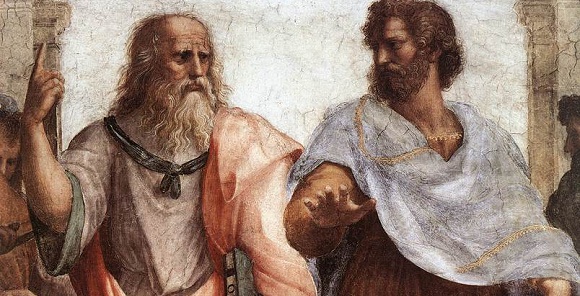 Let me first introduce myself. My name is Emma Stewart, I am a rising junior at Smith College and I am interning this summer with the Wilson Center’s Women in Public Service Project. We are currently working on the Global Women's Public Leadership Index which measures women’s public leadership across the world. We are fortunate to have Representation 2020 as a partner in this endeavor.

Over the past year we’ve been looking at powerful women, and the lack thereof, in executive, legislative, judicial, civil service, and security positions. We want to provide data to help contextualize questions of barriers preventing women from climbing up the public service ladder, and eventually provide a tool for overcoming these barriers - from legislation to grassroots organizing.

But these questions got me thinking, not necessarily about the pathways and obstacles that individual women face in their journeys to public leadership, but about the pathway that our society is currently on, and how unchanged that pathway has remained since Athens in the fifth century B.C. It is called “the canon” – specifically, the political theory canon. This canon, and the men that have created it, defined not only western political thinking, but western political structures. These works are considered timeless– which means that not only are their grandiose ideas of liberty and democracy carried into the 21st century, but their bigotry and biases come along too.

Ask any political science, or even economics major, and I’ll bet you my hand-knit pussy hat that they were required to take a political theory course. I’ll also bet that their syllabus went something like this: Plato, Aristotle, Machiavelli, Hobbes, Locke, Rousseau, John Stuart Mill, Karl Marx, with maybe a couple newer theorists thrown in, like Charles Mills, Franz Fanon, or Michel Foucault. That was my Gov 100 syllabus. The first recorded textbook on political theory, The History of Political Literature from the Earliest Time was published in 1855 and constitutes virtually the same themes and readings.

And what do these revered authors have to say on the subject of women? Aristotle believed that “the relation of male to female is naturally that of the superior to the inferior, of the ruling to the ruled.” Machiavelli said “For my part I consider that it is better to be adventurous than cautious, because fortune is a woman, and if you wish to keep her under it is necessary to beat and ill-use her.” Rousseau notes that “[a woman’s] mind is pleasing but not brilliant, and thorough but not deep; it is the sort of mind which calls for no remark, as she never seems cleverer or stupider than oneself.”

On the other hand, Aristotle summarizes the canon’s thoughts on men with his famous declaration: “Man is by nature a political animal.” If a woman’s place is in the home, then a man’s place is in politics. The clearest and most obvious way to see this is in the pronouns used in all of the texts. “People” aren’t making the decisions and “humankind” rarely makes an appearance. Here’s an example from Locke that showcases this patriarchal preference: “When any number of Men have so consented to make one Community, or Government, they are thereby presently incorporated, and make one Body Politik…” It is specifically a male body politik that Locke has created with his language– women are left out entirely from the political community. Furthermore, in his definition of what it means to be a person, Hobbes phrases it in this way: “A person is he whose words or actions are considered, either as his own, or as representing the words or actions of an other [sic] man…” (Hobbes 217). When Hobbes uses male pronouns in this context, women are not only relegated to the apolitical world, they are not even afforded basic personhood.

The most common response to this type of sexist rhetoric found in most any canon text is that the men were just “products of their time.” However, much of the Western World, especially its governmental and economic structures, was built on these words, so they cease becoming opinion and start becoming law- both written and unwritten. Axel Honneth writes about how important language and recognition are in an essay on morals: “Subjects capable of language and action are constituted as individuals solely by learning, from the perspective of others who offer approval, to relate to themselves as beings who possess certain positive qualities and abilities. Thus as their consciousness of their individuality grows, they come to depend to an ever increasing extent on the conditions of recognition they are afforded by the life-world of their social environment.”

This language worms itself into psychology that not only affects women choosing to aim for leadership positions (it’s hard to imagine yourself as a leader when there are so few leaders who look like you), but also affects the general populace choosing to accept them as leaders. Descriptive stereotypes, as defined by social psychologists, are commonly held beliefs about a social group that describe attributes, roles, and behaviors. Thus, women are shallow, emotional, easily manipulated, and less capable and effective than men in leadership positions. Prescriptive stereotypes are defined as behaviors that individuals must prescribe to in order to avoid punishment for disrupting the status quo. Therefore, leaders are older, educated, white men. Every woman aspiring to a leadership position faces this double bind: Act like a woman and violate the prescriptive norm of what a leader should be. Act like a man, and violate the descriptive norm of what a woman should be.

Currently, 21 women serve in the United States Senate. Eighty-three women serve in the House of Representatives. Together they make up 19.4% of Congress. Only 38 women have ever served as governors. No woman has ever been elected President of the United States. These statistics show that clearly politics still has a problem with gender. The Index is trying to quantify that problem, which is an invaluable step towards solving it. However, I don’t think we should disregard potential qualitative factors in both the problem and the solution. We don’t just need to change the numbers, we need to change the conversation. Let’s raise a generation of leaders who grow up on Carole Pateman, Michel Foucault, Charles Mills, Iris Marion Young, or Hannah Arendt and who don’t rely on the traditional canon with its traditional values. Or at least, let’s teach them how to be critical of it.