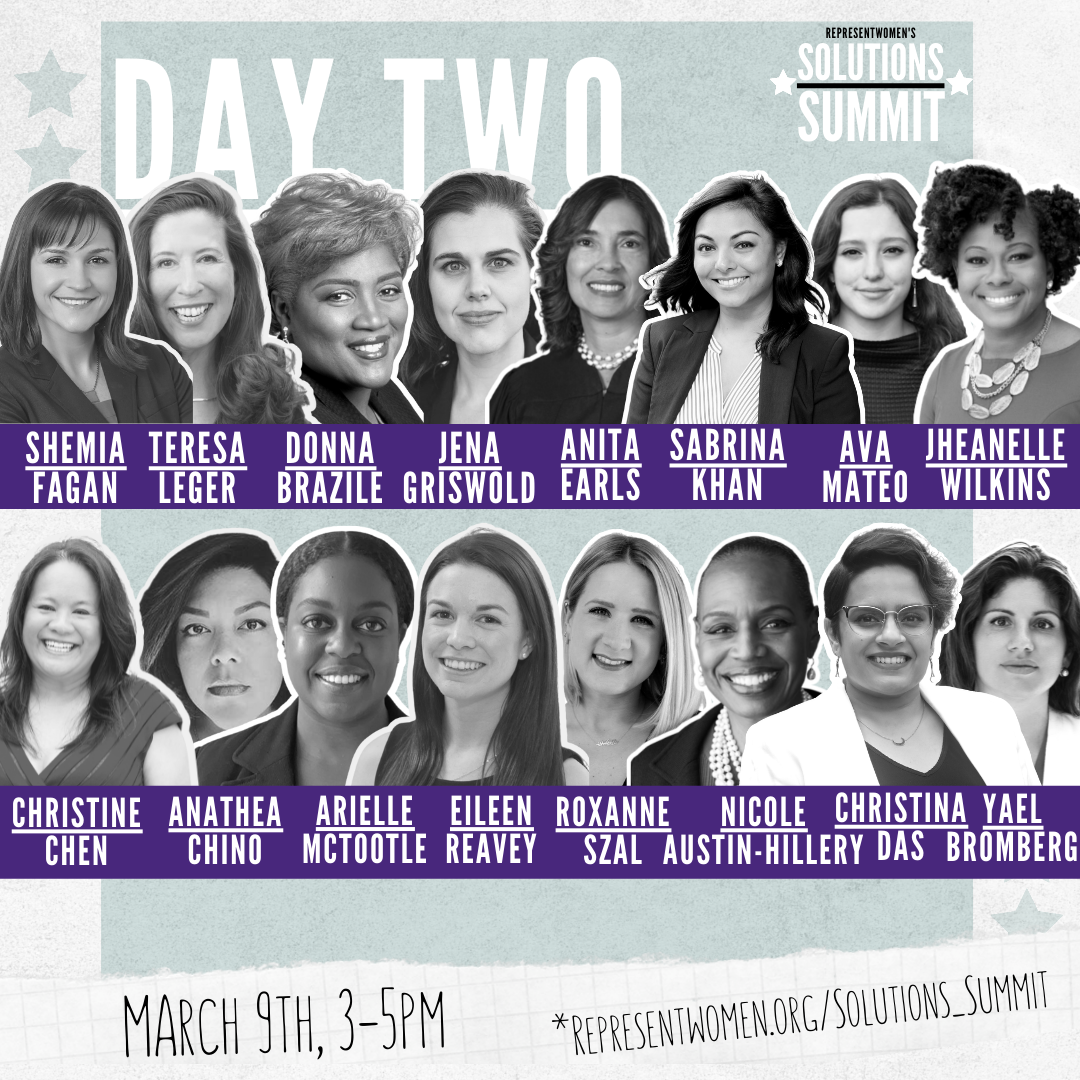 Congresswoman Teresa Leger Fernandez is a U.S. Representative from New Mexico. She was born in Las Vegas, NM. Prior to being elected to serve in the 117th Congress (2021-present), Representative Leger Fernandez worked as a lawyer in private practice, where she worked on community development, tribal advocacy, and civil rights. In 2017, she led a successful effort to bring ranked-choice voting to Santa Fe, NM.

Justice Anita Earls is a civil rights attorney and Associate Justice of the North Carolina Supreme Court. In 2007 Anita founded the Southern Coalition for Social Justice, a non-profit legal advocacy organization, and served as its Executive Director for ten years.  While there Anita litigated voting rights and other civil rights cases. She was previously appointed by President Clinton in 1998 to serve as Deputy Assistant Attorney General in the Civil Rights Division of the U.S. Department of Justice.

Secretary Shemia Fagan was elected Oregon's 28th Secretary of State in 2020. Before she was elected to office, Secretary Fagan worked as an attorney in private practice. She later received training on campaigning for public office from the Emerge Oregon program. Fagan first entered public service in 2011 when she was elected to the David Douglas School Board. She later served in the Oregon House and Senate. Secretary Fagan is a strong defender of the vote by mail system and committed to building on Oregon’s tradition of secure and accessible elections.

Secretary Jena Marie Griswold is Colorado’s 39th Secretary of State and began her term on January 8, 2019. She is the youngest elected Secretary of State in the United States. Griswold grew up in a working-class family in rural Colorado and was the first person in her family to attend a four-year college and then law school. She knows first-hand how important it is for every vote to count and for every Coloradan's voice to be heard, no matter their background or income.

Eileen Reavey co-founded the grassroots advocacy group campaigning for Oregon to pass the National Popular Vote bill in 2016. She now works to apply those organizing lessons in other states as National Popular Vote’s National Grassroots Director. She works on building momentum and support for this issue nationwide, and on training volunteers to be organizers and informed advocates for the cause.

Yael Bromberg is the Chief Counsel and Strategic Advisor for The Andrew Goodman Foundation (outside counsel), and Principal of Bromberg Law LLC. Bromberg has litigated in state and federal courts across the country. She serves as a Lecturer at Rutgers Law School, where she teaches Election Law & the Political Process, and is a Visiting Associate with the Eagleton Institute of Politics. She currently works with the Harvard Kennedy School's William Trotter Collaborative for Social Justice on a youth voting rights project.

Sabrina Khan is a senior staff attorney and Deputy Director of the Voter Protection program at Advancement Project in Washington, DC. Prior to joining Advancement Project, Sabrina advocated a wide array of civil rights issues at the City of Chicago Department of Law, Chicago Lawyers’ Committee for Civil Rights Under Law, and Project Vote.

Nicole Austin-Hillery is the US Program Executive Director for Human Rights Watch, leading efforts to end violations in the abusive US immigration system, tackle race discrimination and other rights problems with the domestic criminal justice system, and advocate for national security policies informed by international human rights standards.

Delegate Jheanelle Wilkins proudly represents the 20th Legislative District in the Maryland House of Delegates. Born in Kingston, Jamaica, she is dedicated to policy change that makes a difference in people’s lives. Delegate Wilkins serves on the House Ways and Means Committee where she is the Chair of the Subcommittee on Election Law, leading the House in passing election policy and expanding voter access, including passing Maryland’s permanent mail-in ballot list, voting access for incarcerated individuals, and expansion of early voting sites.

Anathea Chino (Acoma Pueblo) is a queer Indigenous woman working to create pathways that ensure women of color, queer people, and Indigenous people are visible and represented in the U.S. political landscape. Anathea has more than 18 years of experience as a political strategist, fundraiser, and operative at the tribal, state, and national levels. Anathea co-founded and is the Executive Director of Advance Native Political Leadership, the first and only national Native organization aimed at addressing the underrepresentation of Native Americans in local and state elected leadership. Previously, she worked at UltraViolet, Democracy Alliance, and Neiman Marcus.

Christine Chen is a co-Founder and Executive Director of Asian Pacific Islander American Vote (APIAVote), one of the most trusted national, nonpartisan organizations. APIAVote’s mission is to work with local and state community-based organizations (CBOs) to mobilize Asian American and Pacific Islander (AAPI) communities in electoral and civic engagement.

Christina Das is an Attorney with the NAACP LDF in their Prepared to Vote and Voting Rights Defender Project. At LDF, Christina serves as the Texas and South Carolina lead for Election Protection and Pre-Litigation Advocacy. Since graduating from law school, Christina has been involved in electoral organizing from the local to the national level, seeking to aid more New Americans access to the ballot box. She also serves as a Member of the New York State Bar Association Task Force on Voting Rights & Democracy and resides in Brooklyn, NY.

Ava Mateo (she/her) is the Executive Director of 18by Vote, a nonpartisan organization that helps 16, 17, and 18-year-olds understand how, when, and why to vote. She believes deeply in the power of youth and finds it her mission to spread opportunities for meaningful civic engagement among teens and young adults. At 18by Vote, Ava leads an entirely youth-led team in the development and execution of hyper-localized youth voter outreach programming.

Roxy Szal is the digital editor at Ms. and a producer on the Ms. podcast "On the Issues With Michele Goodwin." Before becoming a journalist, she was a Texas public school English teacher. She is based in Austin, Texas.