Despite making up 14% of the U.S. population, first-generation Americans, specifically 1st-gen women, are under-represented in government. 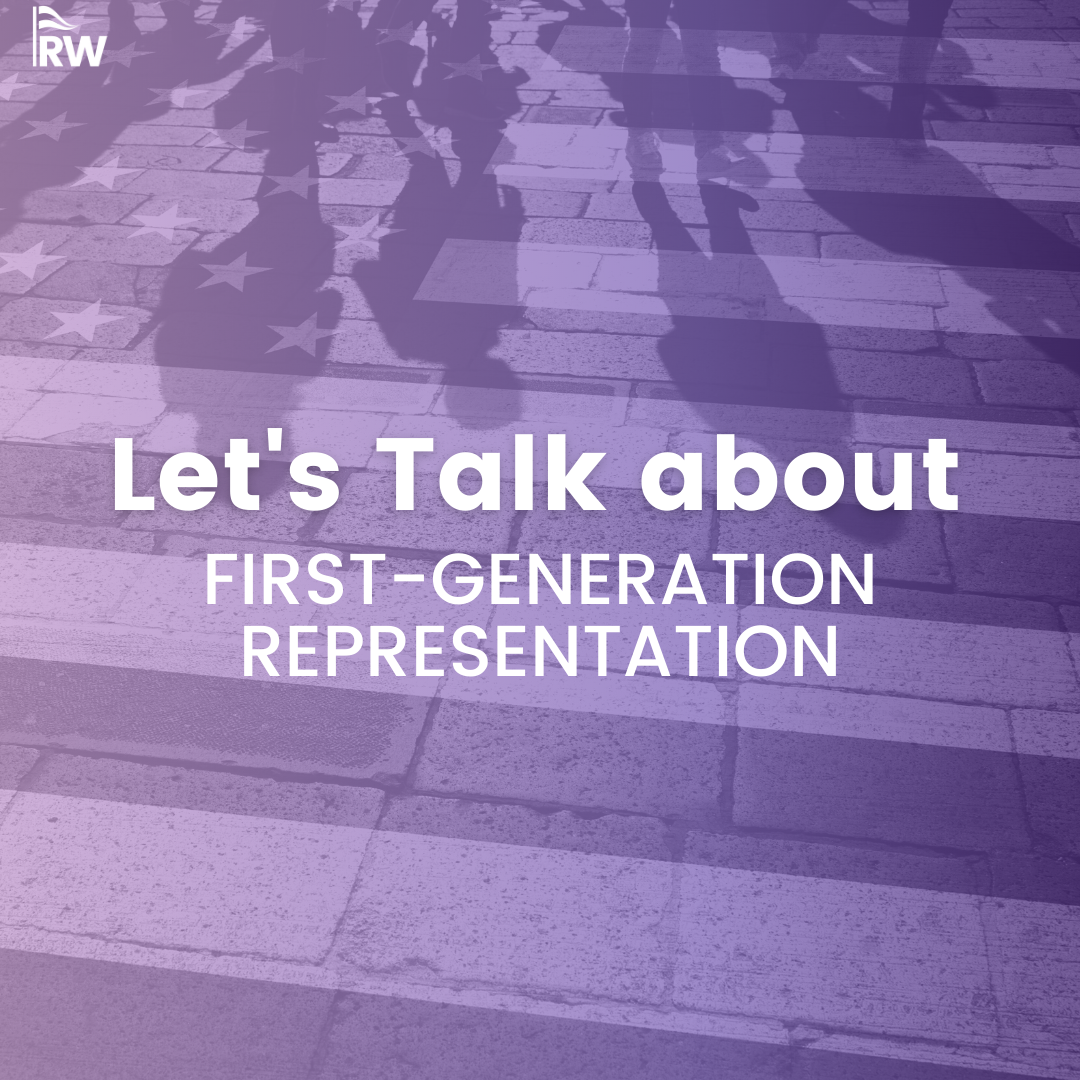 According to The American Immigration Council, approximately 44.7 million first-generation Americans live in the United States. Within this population, there are approximately 2 million more women than men. Despite making up about 14% of the U.S. population, first-gen Americans, specifically 1st-gen women, are hardly represented as a community within our political bodies.

According to RepresentWomen’s research, first-generation women experience compounding voicelessness due to the intersectionality of gender-related and immigrant barriers. These barriers include competency bias, biased media coverage, and the male incumbency advantage, to name a few.

“Understanding the barriers that women with intersecting identities face is at the heart of our work at RepresentWomen. Through this research, we found that the underrepresentation of first-generation women is rooted in the exclusionary rules and norms that govern our electoral politics. To correct these structural barriers, we must pivot towards structural solutions to make the political process accessible for all.”

And CEO and Founder of RepresentWomen, Cynthia Richie Terrell, said,

"The United States is a nation of immigrants, it’s well past time for us to address the barriers first-generation Americans face in politics and build a 21st century democracy where everyone has a seat at the table.”

RepresentWomen, founded in 2013, is a research-based advocacy group that promotes the use of data-driven strategies to identify and eliminate the structural barriers women face in seeking elected office and advance women's representation and leadership in the United States. With our research on women's political representation, we aim to fill knowledge gaps in the gender equality and electoral reform sectors. With our research, we work in concert with our allies to address political barriers women face in politics to ensure that more women can RUN, WIN, SERVE & LEAD.