Read below for more information about how these elections work

A single winner election is exactly what it sounds like: only one person can win. This applies to executive positions such as mayor, governor, and president.

Ranked choice voting ensures that the winner will have majority support compared to the other candidates in the field.

Below is an example of an election with multiple candidates that has to end with only one winner: 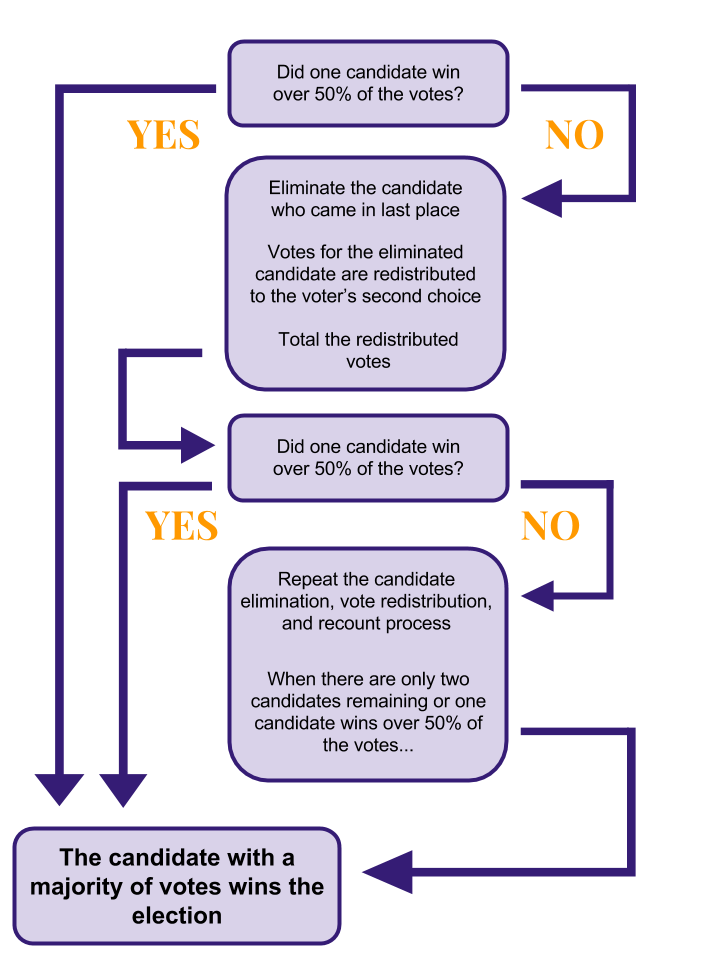 A multiple winner election is also exactly what it sounds like: a group of people (of a set number) will win and represent the entire district together.

Below is an example of how a multi-winner election with ranked choice voting would work: 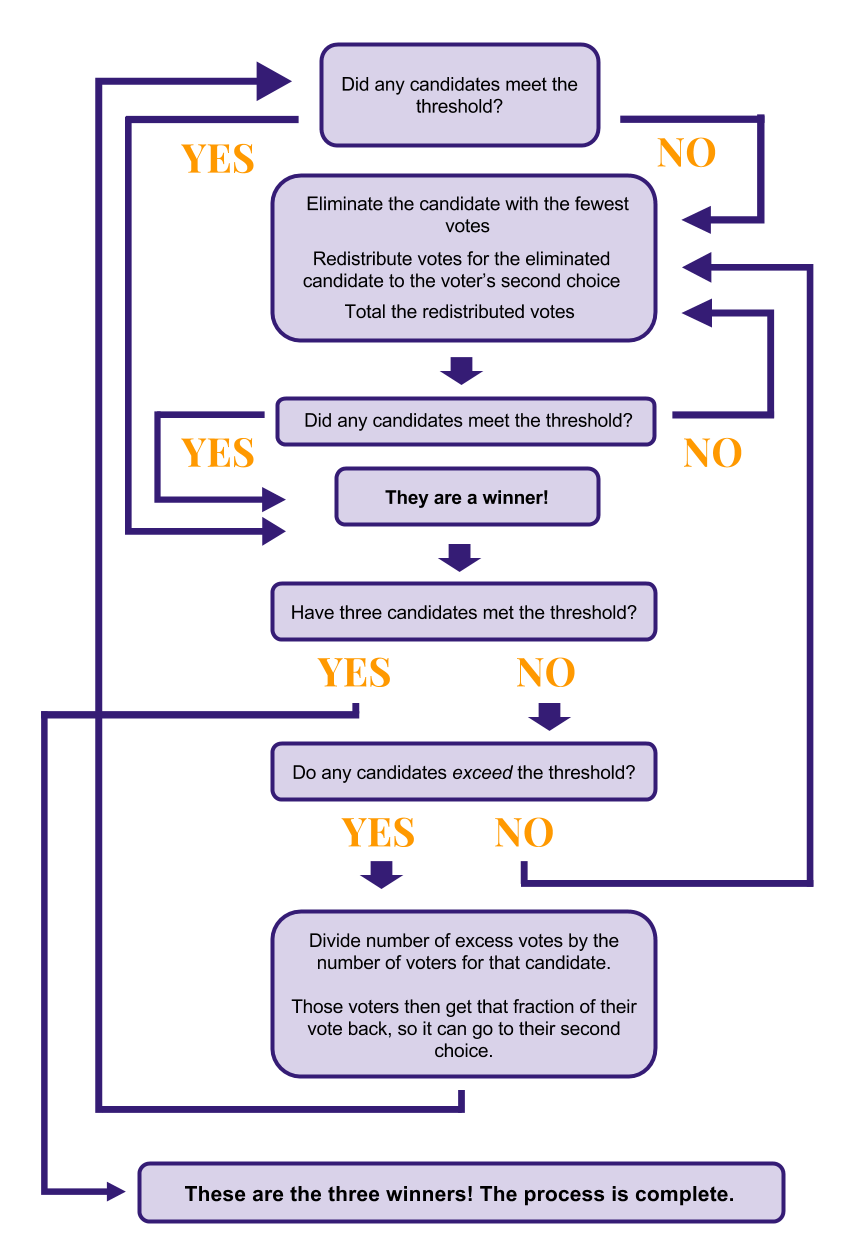