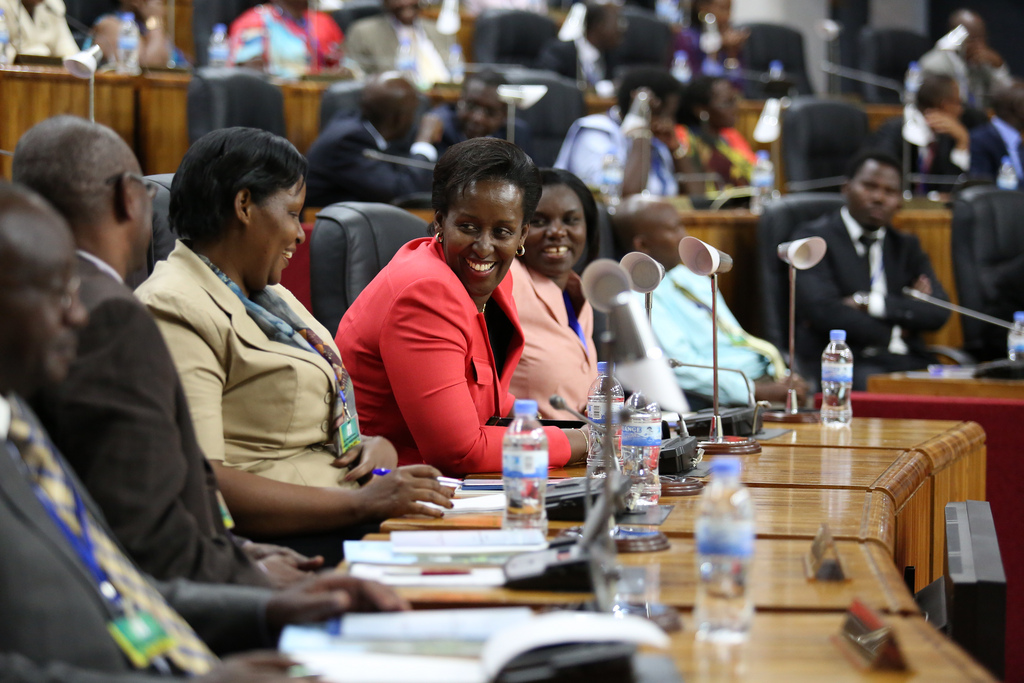 In the context of electoral gender parity, Rwanda is a fascinating case study. Women currently hold 55.7 percent of parliamentary seats in Rwanda, the highest percentage of women in national parliaments globally, and women also constitute half of the country’s 14-member supreme court.

The catalyst for the country’s progress was the Rwandan Genocide of 1994.  After the genocide, President Paul Kagame had to face the challenge of rebuilding a broken country with little remaining infrastructure and shattered political structures. Only 20 of Rwanda’s 785 judges survived the genocide, and none of the members of the post-genocide Transitional National Assembly had served in the previous government.

In addition to the destruction of these institutions, a large portion of the men in Rwanda had been slaughtered, arrested, or forced to leave the country by the end of the genocide. The result was a country where women made up 70 percent of the population. It was clear that in order for the country to become functional again, women would have to take an active role in rebuilding it. In a patriarchal society where women had always been expected to stay at home and serve their husbands, they now took up a variety of active roles in public life. Specifically, women became very involved in the Rwandan government.

Women were able to develop a political foothold largely as a result of institutional reforms. Taking over traditionally male jobs, which included government positions, was seen as a way for women to serve their country. One of the pro-woman policies that allowed women to excel politically in Rwanda was a quota requiring at least 30 percent of parliament to be women. The country’s executives also started initiatives to educate girls, and they made the conscious decision to appoint more women to leadership roles in government and law enforcement.

Rwanda is a striking example of the power of institutional reform when used to make progress toward gender parity. The high percentage of women in parliament is a testament to how effective gender quotas can be, as Rwanda was the first country to achieve gender parity in elected office. The only other country to have done so is Bolivia, which also implements gender quotas, requiring an equal number of male and female candidates to run in elections. The key to understanding gender quotas, which are used in over 100 different countries, is to see them as temporary vehicles for change rather than permanent regulations.

Additionally, the World Economic Forum’s (WEF) Gender Gap Index for 2015 ranks Rwanda sixth out of 145 countries for women’s relative access to resources and opportunities. The WEF’s methodology for the Index ranks countries in four categories: “economic participation and opportunity,” “educational attainment,” “health and survival,” and “political empowerment.” For context, the United States finishes 28th on this ranking, and Iceland - a country where all major political parties have implemented gender quotas - tops the chart.

While the upward trajectory of women’s public status in Rwanda is impressive, Rwandan women still face challenges in both their public and private lives. For the female parliamentarians, the prestige of their job rarely correlates with receiving respect at home. Justine Uvuza, a Rwandan woman who was involved in implementing Kagame’s pro-woman policies, interviewed a variety of women politicians at both the local and national levels. She found that many women were forced to perform subservient domestic tasks by their husbands, such as one who had to lay out her husband’s socks and shoes every morning, and they were often afraid to speak up for themselves. Uvuza explains that she believes “a cultural shift” is necessary for women’s comprehensive empowerment in Rwanda.

This lack of a "cultural shift" can be better understood by comparing Rwanda's path to gender parity with the one that most other countries generally pursue. Unlike the United States, for example, Rwanda did not experience a socially-based women’s empowerment movement at any time in its history. This means that while the government-imposed reforms were effective in some ways, they have not ensured a social acceptance of the new roles women now occupy.

For example, while women in Rwanda can now succeed in public life, they are expected to be ambitious to support their country, not themselves. The Rwandan women who seeks to empower herself (the “feminist”) is seen as too ambitious, selfishly putting her own needs ahead of those of her country.

We can learn a few lessons from Rwanda’s example. While tragic circumstances led the country to implement gender quotas and other institutional reforms, it was clear that these legislative actions had significant positive impact. However, we should not disregard the influence of social attitudes and norms on the status of women - glorifying Rwanda as a haven for women’s empowerment would be not only inaccurate, but also dangerous, as the country’s women still face many obstacles to success and respect in their public and private lives.

If you’re interested in learning more about women in Rwanda, check out this article on the first all-women’s debate team.