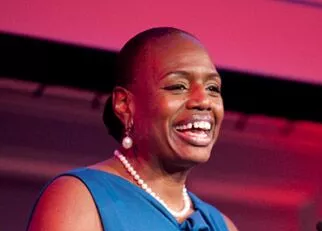 Nicole Austin-Hillery is the US Program Executive Director for Human Rights Watch, leading efforts to end violations in the abusive US immigration system, tackle race discrimination and other rights problems with the domestic criminal justice system, and advocate for national security policies informed by international human rights standards. She is an adjunct civil rights professor at the University of the District of Columbia David A. Clarke School of Law. Additionally, she serves as an Advisor on Democracy & Voting Rights for the Millennial Policy Initiative Commission.

Ms. Austin-Hillery has written opinion pieces for several publications including Roll Call, The Root, CNN, and BillMoyers.com, and has been a contributing writer to several advocacy publications. Notably, she recently authored a chapter in the American Bar Association’s 2016 volume of America Votes entitled “Voter ID as a Form of Voter Suppression.” She has testified before state and local legislative bodies as well as submitted testimony for Congressional hearings and serves as a frequent speaker on a host of public interest issues.

Ms. Austin-Hillery is a graduate of the Howard University School of Law and Carnegie Mellon University. She practiced with the law firm Mehri &Skalet, PLLC as part of the firm’s civil rights employment class action practice, and as the George N. Lindsay Civil Rights Law Fellow at the national office of the Lawyers’ Committee for Civil Rights Under Law, where she focused on housing litigation and policy. She is also a former Wasserstein Public Interest Fellow at Harvard Law School.

Ms. Austin-Hillery currently serves on the boards of directors of Common Cause and the Washington Council of Lawyers, and is President-Elect of the Washington Bar Association. She is an appointed member of the ABA Advisory Committee on Election Law and serves as co-chair of the ABA Criminal Justice Section’s Defense Function Committee.