By Cynthia Richie Terrell on September 29, 2017

It is important to note that voluntary political party quotas also played a role in the numbers of women’s representation in New Zealand’s lower house. Voluntary political party quotas are goals parties can set to ensure that women are more fairly represented. However, the observed association between women’s representation and multi-winner elections in both New Zealand’s lower house and US state legislatures point to the need to embrace systemic reform so that the United States can take the necessary steps towards reaching gender parity in elected office. 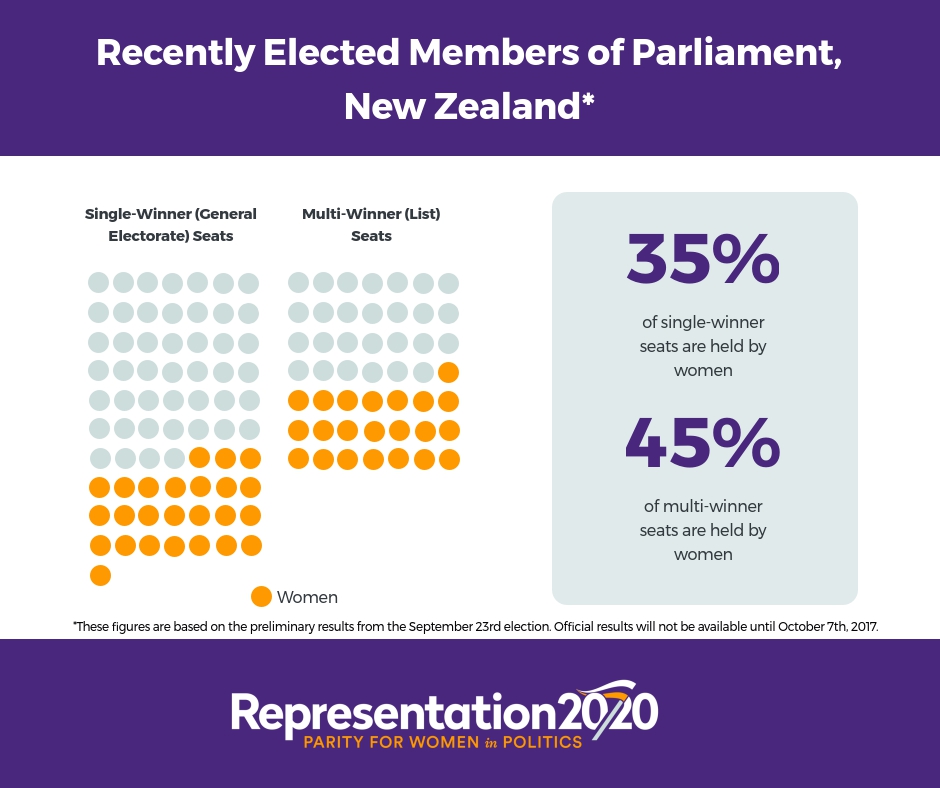