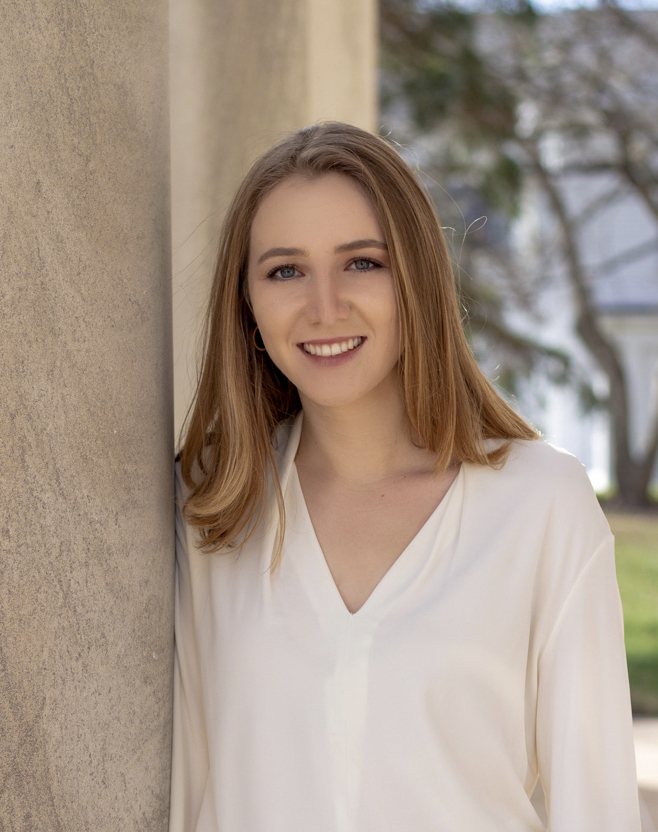 Julia Tallant is a recent graduate of Denison University where she majored in International Studies and Spanish. Her passion for transnational feminism, social movements, and equitable political representation led her to become a research intern at RepresentWomen. She hopes to go on to graduate school for either International Studies or Political Science and work as a researcher in the very broad field of global gender issues.

My name is Julia, and I’m a DC transplant from Atlanta, GA. I recently graduated from Denison University where I majored in International Studies and Spanish, and I will be working as a research intern with RepresentWomen this spring.

My interest in feminist issues initially began as a reaction to my regressive school environment where I was subject to lengthy assemblies on appropriate uniform skirt length that shamed fourteen-year-old girls for “tempting” our male teachers while the boys got to watch action movies and eat pizza in their more comfortable khakis. As I moved on to college, my feminism became increasingly intersectional, and I began to gravitate towards classes where I could research global gender issues using a transnational feminist framework.

Following a semester at the Pontifical Catholic University of Chile in Santiago, I spent three months researching the intersection between activism, religion, and policy change. Over the course of that summer, I conducted interviews with activists to determine the most successful rhetorical, political, and activist strategies for affecting legislative change and shifting socio-cultural attitudes towards abortion. I was struck by the role of female politicians and legislators as allies in the decriminalization of abortion in Chile and the very recent legalization of abortion in Argentina, and I believe that it speaks to the impact of increased gender representation in politics on the aims of social movements, especially those with a feminist orientation. I was drawn to RepresentWomen because it allows me to explore my interest in the impact of women’s political representation on social movements as part of an organization advocating for impactful systematic reforms. I believe that gender parity in positions of power is essential to a robust and fully functioning democracy as well as a key step in our fight for a world where gender equity is a reality!

In my free time, I enjoy painting watercolors of buildings around DC, testing out new vegan recipes, experimenting with film photography, and planning future backpacking adventures. My attempt to smuggle my dogs back to DC with me was unsuccessful, so my new “pet” is a plant named Scar.