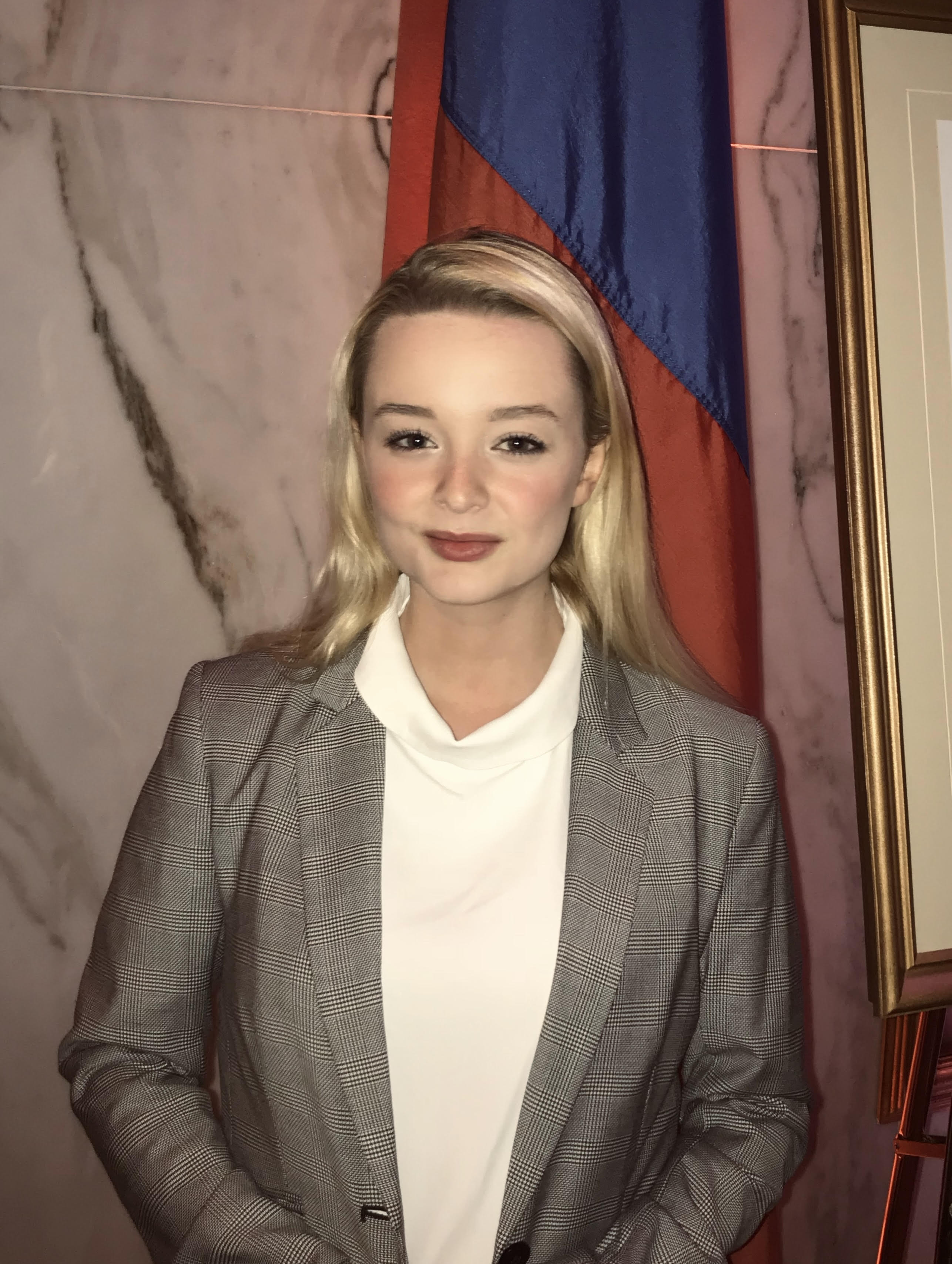 Emily McDonnell is a Multimedia Intern at RepresentWomen. She is currently attending school at American University where she studies Film and Media with a minor in Business and Entertainment. For as long as she can remember, Emily has had a passion for media production. She filmed her first ever short film at the age of twelve, and while it still only sits at around 30 views on Youtube, ever since then she’s fallen in love with video editing. She is looking forward to using her skills in media to help further RepresentWomen’s amazing causes and is so excited about joining the RepresentWomen team.

Hi there! It’s great to meet you. My name is Emily McDonnell, and I’m a Senior at American University studying Film and Media with a minor in Business and Entertainment. All my life I have had a passion for film, specifically in regards to post-production editing. My dream is to one day be able to work for a major film studio creating media that inspires and amazes others, the way that so many films do for me.  In addition to my love for media, I have a number of hobbies and passions that occupy my time when I am not editing. I love football (Go Browns!), Star Wars, and making Tik Toks. I am a huge dog-lover and have two German Shepherds back in my hometown of Ottawa, Canada. I moved to D.C. for university, and while a part of my heart will always belong up north, I have since fallen in love with this city.

I joined the RepresentWomen team in hopes that I will be able to use my video and animation skills for a good cause. I am very passionate about bettering women’s representation in the world of politics. Being a woman attempting to enter the largely male-dominated field of media, I understand how important it is to have your voice heard and to not be judged on the basis of your gender, race, sexual orientation, or anything other than the content of your character. I believe that balancing out representation in the world of politics, and getting more women running and elected, would be such a massive step towards achieving equality in all sectors of society. I am so excited to join the RepresentWomen team this spring and be a part of their incredible mission.