Serving in elected office on the local level is not only important because it heavily impacts the lives of those in the community, but also because it is often a launching pad to state and national positions. Structural barriers make it hard for women to run, win, serve, and lead at the city level.

In ranking America’s 100 largest cities by the percentage of women’s representation on their city councils, Representation2020 noted whether the city elected some or all of its seats at-large. An at-large seat is one where a candidate is elected by a whole city rather than just a specific ward or district within that city. 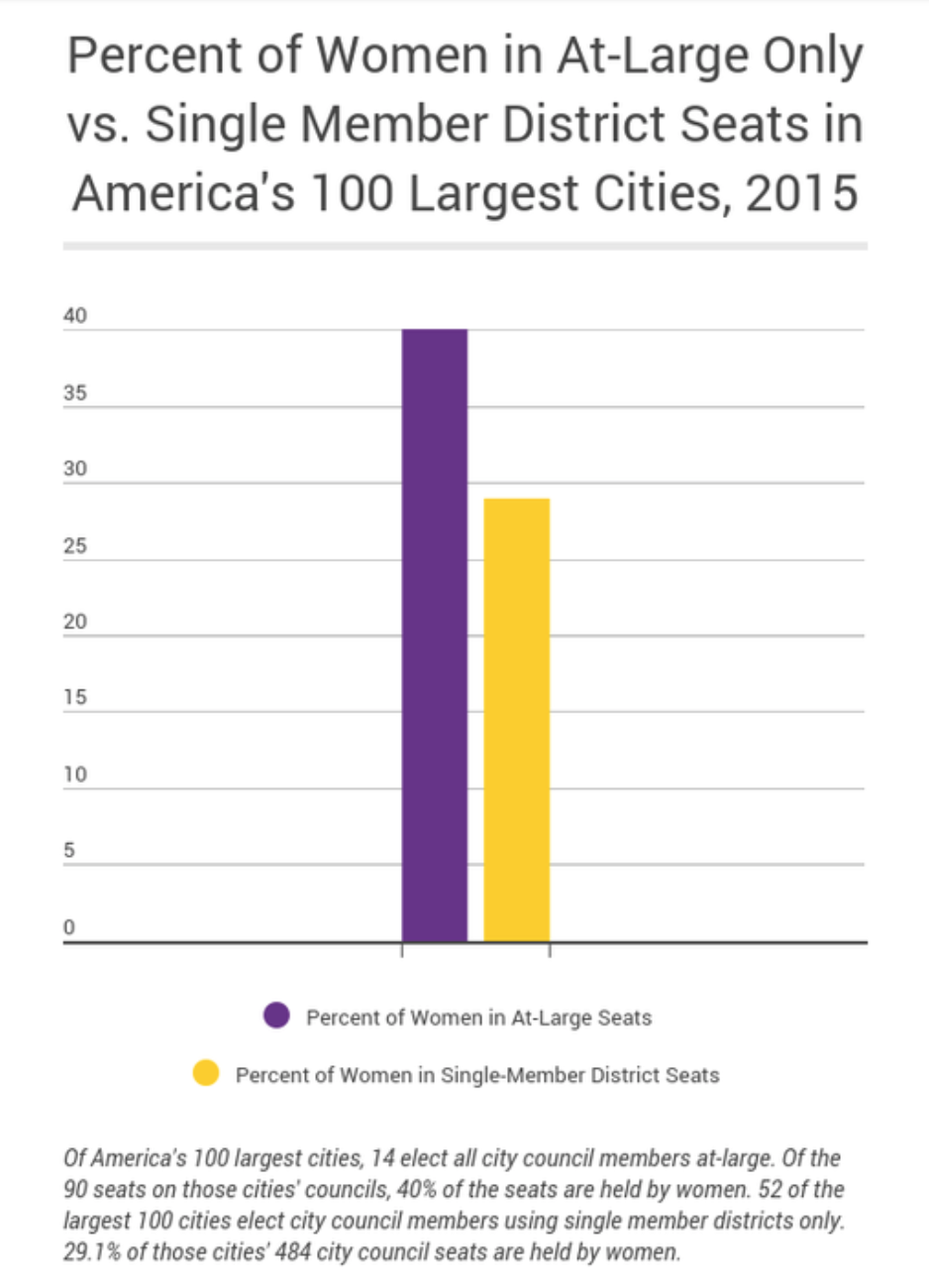 Unfortunately, only 14 of the 100 largest cities elect all of their seats at-large. In contrast, 52 of these cities elect all of their seats using a single winner system. The remaining 34 cities use a mixture of single winner and at large seats. Our research showed that these mixed seat systems are no better or worse for women—women are not necessarily more likely to be elected to the at-large seats in the mixed seat cities. However, the data does show that women do better in cities with only at-large seats as opposed to cities with only single winner districts. 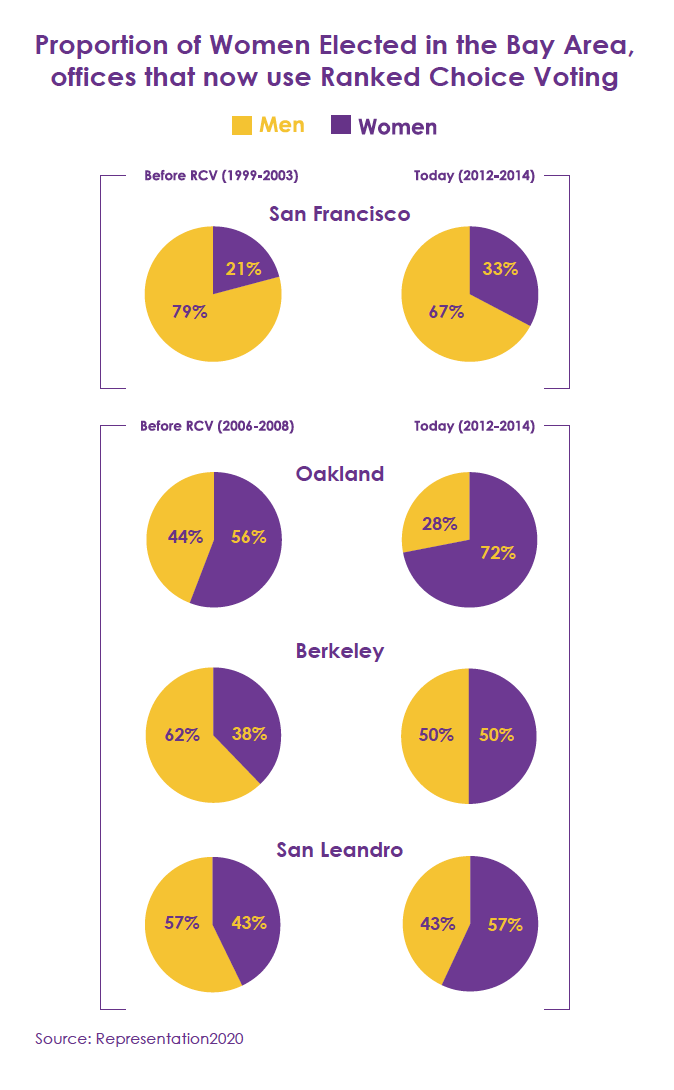 The cities bottoming out the women’s representation list represent various regions of the country with different histories, partisan leanings, and more. These cities need structural solutions to the obstacles facing women. If the cities at the bottom of the list were to adopt ranked choice voting and at-large elections, the chances of women being elected in their city councils would likely increase. Ranked choice voting, where voters rank their candidates in order of preference, when paired with at-large districts, helps women win because combining these two creates a fair representation system that incentivises grassroots organizing and mitigates the impact of money on the electoral process. Fair representation systems allow outsiders to run more effectively and creates a better chance for outsiders to be elected. Minneapolis (17), Oakland (11), San Francisco (19), and St. Paul (84) all use ranked choice voting for their city council elections.

The trend is clear—more women are elected when a city elects all seats at-large. Cities are the perfect place to exercise American federalism and utilize our laboratories of democracy, as a growing number of cities around the country have already done. Ranked choice voting and at-large seats have a positive impact for women and may make residents excited about democracy once again.