To mark the release of their new Latin American Brief, RepresentWomen teamed up with Latinas Represent. 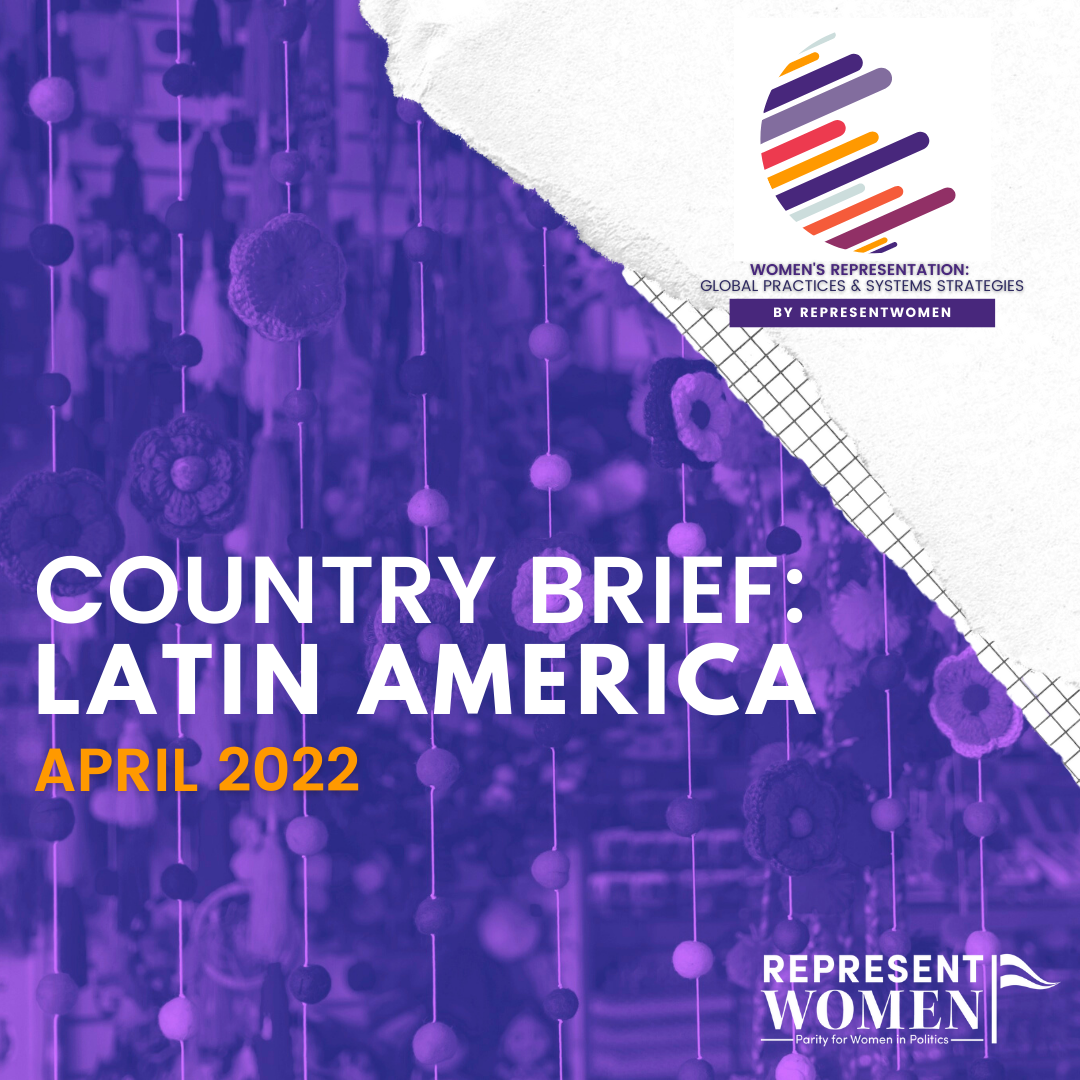 "Latin America has incredible success stories regarding gender parity; yet, these successes are often overlooked. At LatinasRepresent, we believe there is a lot to be learned from countries that have achieved gender parity, especially when strong Latina leaders lead those efforts, and this is why we are excited to partner with Represent Women to help launch their latest brief on women's political representation in Latin America."

RepresentWomen's new international report examines legislative trends in Latin America, defined by 19 countries located in Central and South America. This determines what factors support or hinder a country's journey to gender parity. The report also works as a guide for the United States in our fight for women's representation.

The report includes a complete regional analysis in addition to country-specific studies.

RepresentWomen Research Director Courtney Lamendola spoke on the thinking behind this vital report.

"The higher rates of women's representation in this region remind us that intentionally designed, systemic solutions work and are worth pursuing. The long history of gender quotas and other systems-based strategies in Latin America presents a unique opportunity to learn more about how such strategies are introduced and evolve."

According to RepresentWomen's research, it's clear that when enforced, system strategies such as gender quotas, both voluntary and legislated, do enhance women's political representation. In Latin America, mechanisms are merged in an intersectional way that benefits overall descriptive diversity in numerous governments.

For example, Chile's constitutional convention enforces gender parity. It also had 17 reserved seats for indigenous peoples, and they had to respect gender parity within those seats.

"There's a rosy institutional picture in Latin America, but it by no means means that if you are a woman, your journey in politics is easy. There is plenty of sexism from the political parties, plenty of political violence, and plenty of sexual harassment. There are still so many obstacles in your path. And I think what we find is that whether the women are in Texas or California, or South Carolina or Mexico City, they have these shared experiences when they come together."

RepresentWomen, founded in 2018, is a research-based advocacy group that promotes the use of data-driven strategies to identify and eliminate the structural barriers women face in seeking elected office and advance women's representation and leadership in the United States. With our research on women's political representation worldwide, we aim to fill knowledge gaps in the gender equality and electoral reform sectors. With our study, we work in concert with our allies to address political barriers women face in politics to ensure that more women can RUN, WIN, SERVE & LEAD.