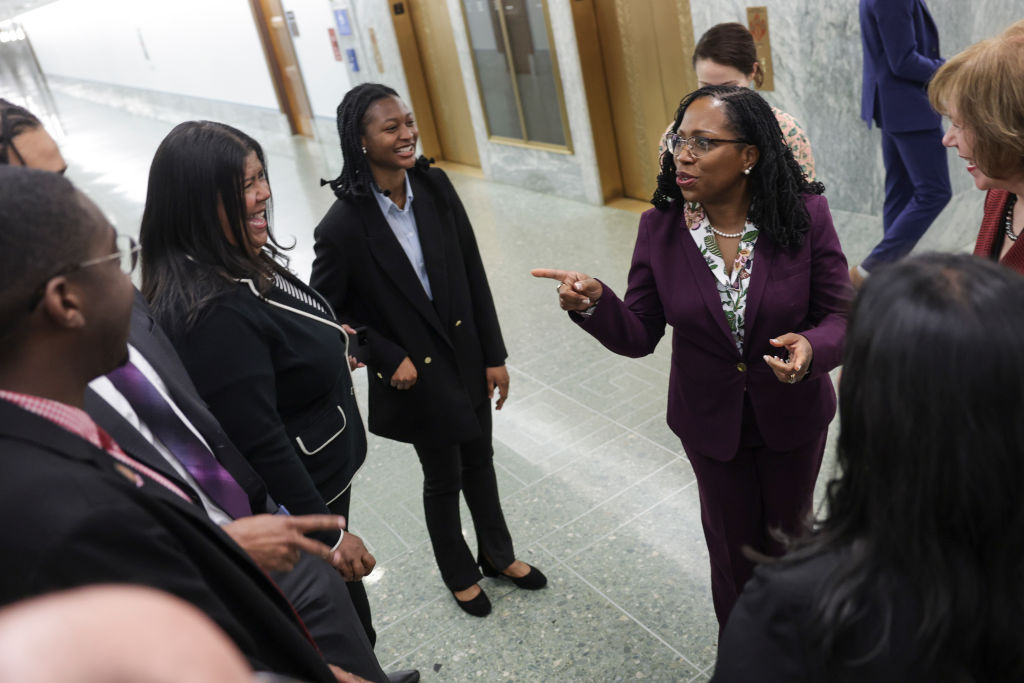 It’s official. It’s done. History has been made.

Justice Ketanji Brown Jackson is the first Black woman to be confirmed as a Supreme Court justice of the United States of America. She is also …

Why do all these firsts matter, especially the ones that have nothing to do with her work as a judge? Let’s dive in.

Research shows that better representation means better processes and better outcomes. Jackson’s experiences have cultivated a unique perspective and understanding of what it’s like to be an American, which contributes to better group decision-making on things that affect diverse groups people. This, in turn, helps ensure all Americans have equal justice under the law.

This past September, Gallup reported that approval of the U.S. Supreme Court had reached an all-time low of 40 percent after the Supreme Court declined to block a controversial Texas abortion law. Confidence in the federal judiciary in general is also way down, hitting sub-60 percent trust scores for only the second time since these polls began in the 1960s. 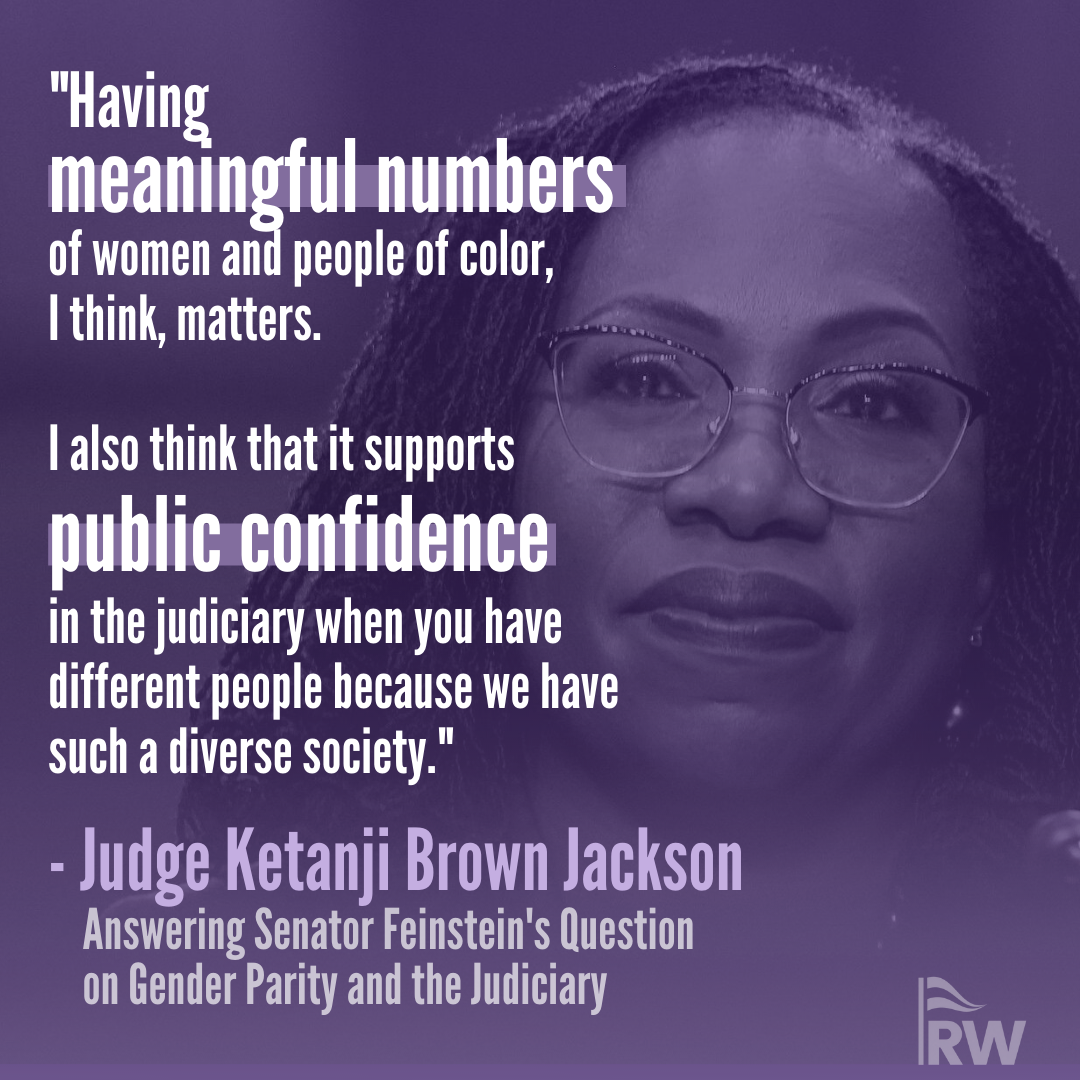 The questioning by many Republican senators left most of us fairly confident that it would be the narrow Democratic majority that gets her confirmed. However, much to our surprise, Republican Senators Susan Collins (Maine), Lisa Murkowski (Alaska) and Mitt Romney (Utah) all publicly declared their plan to vote to confirm Judge Jackson.

My mind immediately went to why. Of course I know why *I* would vote to confirm Judge Jackson: In the words of President Biden, she has “exceptional credentials, unimpeachable character and an unwavering dedication to the rule of law.” But when has that been enough to break through the most polarized and party-loyal Congress in our nation’s history?

Then it hit me. All three senators hail from states that use ranked-choice voting.

Ranked-choice voting gives voters more power by allowing them to sincerely rank candidates by order of preference, and if the first choice doesn’t win, the vote stays in play and automatically rolls over to the next choice. When voters passed ranked-choice voting in Maine and Alaska for statewide offices and in Utah for many municipal offices, they reclaimed their power and sent a clear message that they expect their elected officials to represent them, not partisan divides.

Since ranked-choice voting improves the way officials are elected, it naturally improves the dynamics on the candidate side of the equation, too. Knowing that they are competing for second and third place rankings, it becomes important for candidates to represent a wider pool of voters—including those supporting their opponents.

When voters passed ranked-choice voting in Maine, Alaska and Utah, they reclaimed their power and sent a clear message that they expect their elected officials to represent them, not partisan divides.

Collins, Romney and Murkowski’s vote to confirm Jackson shows that they are compelled to vote according to what their electorate wants. Just as it empowers the electorate to vote their conscience, it empowers representatives to act in the spirit of what their voters want and not only what they think will get their party elected in the future. 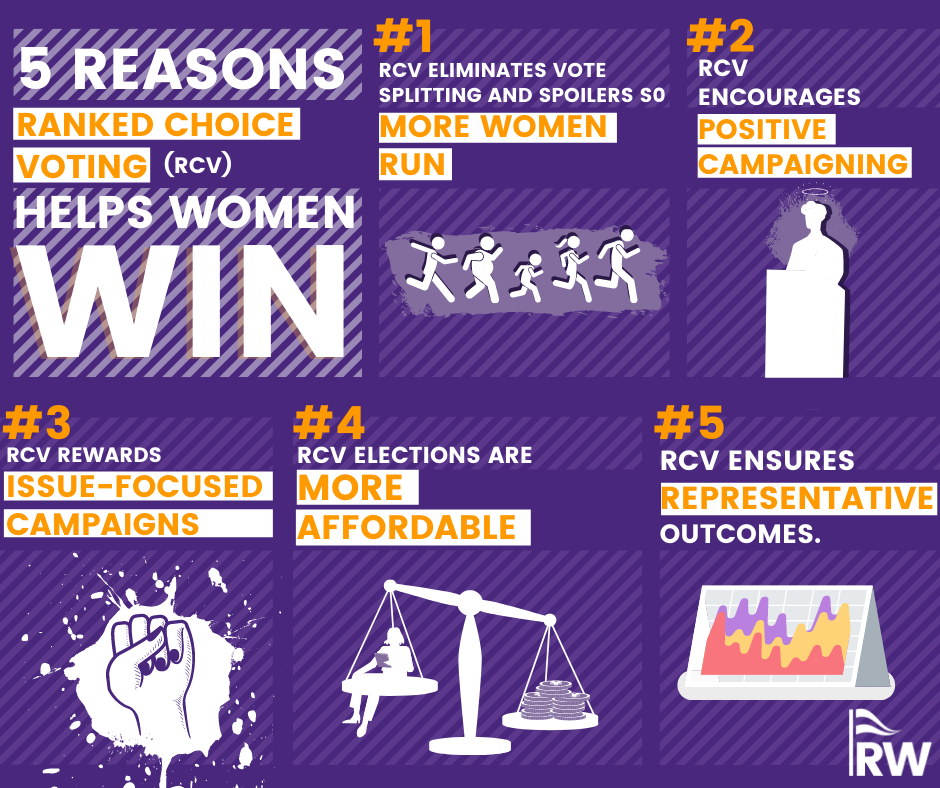 The First, But Not the Last

While ranked-choice voting won’t solve all of our problems on its own, we know for sure that it helps put power back into the hands of all voters, not just a loud minority. We are seeing with our own eyes, in real time, the way it makes legislators more accountable.

Although it has taken far too long, today we celebrate that Judge Ketanji Brown Jackson is our nation’s first ever Black woman Supreme Court Justice. I know, especially with system upgrades like the use of ranked-choice voting, that she won’t be our last.