RepresentWomen Hails Introduction of the Fair Representation Act, as an Ideal Strategy for Improving Gender Diversity of U.S. House Representation. 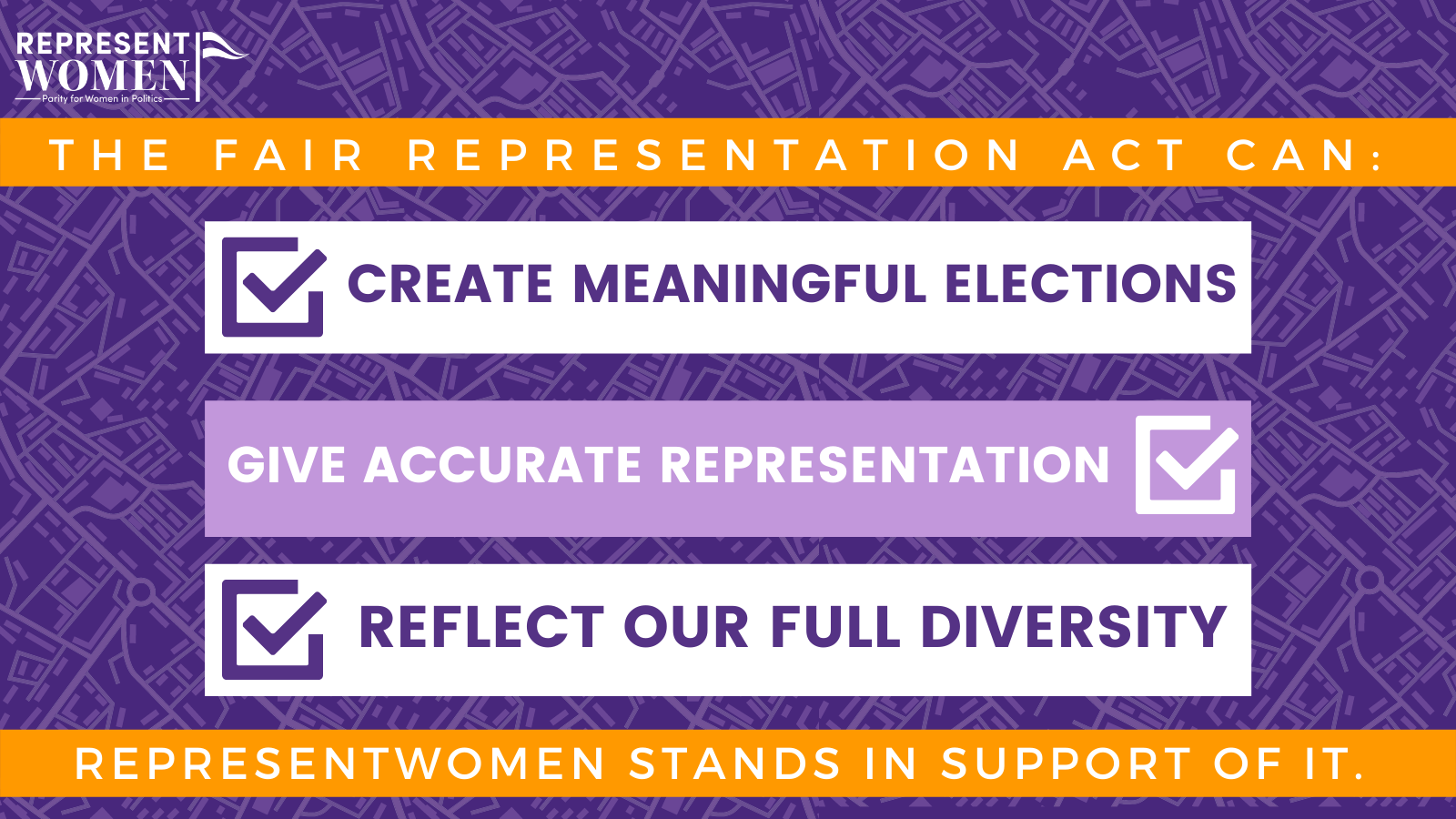 The Fair Representation Act is an innovative election reform bill to change how U.S. Representatives are elected. This bill supports the replacement of current single-member Congressional districts with Multi-Member Districts and the adoption of Ranked-Choice Voting to elect House Members, proven strategies shown to increase women’s representation in politics through RepresentWomen’s voter reform research.

“bad voting incentives have caused a terrible and growing threat to our democracy, and we need bold electoral changes to help solve that problem and reform our system before it is too late.” Said Rep Beyer,  “The Fair Representation Act would help put the country back on the right track, strengthen our electoral system, restore public trust, ensure every voter has their voice represented in Congress, and incentivize the election of Members who prioritize practical legislative results and solutions to the problems which beset our country”

Additionally, Our current electoral system (1) encourages expensive and negative campaigns, (2) allows candidates to often win with only a plurality of the vote, and (3) limits healthy competition.

All of which work to decrease the number of women who run for and win elected office.

According to Representwomen’s 2020 election counting, Outside of incumbents, women running in open seats have the highest chance of winning. Therefore, creating more open seats with the Fair Representation Act is the fastest way of increasing House gender and racial diversity.

“The Fair Representation Act outlines a bold plan to increase competition and fairness in U.S. House elections and reduce polarization, with added benefit for Women Candidates. No single reform would create more opportunities for women and people of color from across the spectrum,” said Cynthia Richie Terrell, founder and CEO of  RepresentWomen. “The ability to compete in fair elections is central to our vision of how we achieve parity for women in congressional elections. ”

RepresentWomen, founded in 2013,  is a research-based advocacy group that promotes the use of data-driven strategies to identify and eliminate the structural barriers women face in seeking elected office and advance women’s representation and leadership in the United States. With our research on women’s political representation, we aim to fill knowledge gaps in the gender equality and electoral reform sectors. With our research, we work in concert with our allies to address political barriers women face in politics to ensure that more women can RUN, WIN, SERVE & LEAD.

Full text of the Fair Representation Act may be found here, and more resources, including factsheets and FAQ’s, are available from RepresentWomen Here