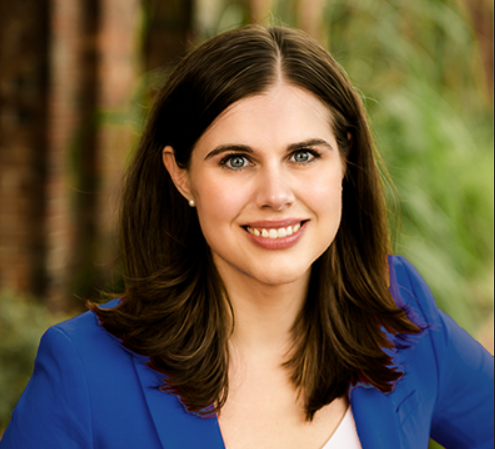 Jena Marie Griswold is Colorado’s 39th Secretary of State, and began her term on January 8, 2019. She is the youngest elected Secretary of State in the United States. Griswold grew up in a working-class family in rural Colorado and was the first person in her family to attend a four-year college and then law school. She knows first-hand how important it is for every vote to count and for every Coloradan's voice to be heard, no matter their background or income. She will protect our right to vote, fight secret political spending, improve transparency, and stand up to those who try to bend the rules or break the law.

Griswold has practiced international anti-corruption law and worked as a voter protection attorney, where she made sure Coloradans were able to participate in our democracy. She served as the Director of the Governor of Colorado’s DC Office, advocating on behalf of Colorado in D.C. During that time, Griswold was instrumental in bringing back hundreds of millions of relief dollars to help the Colorado communities hit by the 2013 flood. Before her election to Colorado Secretary of State, Griswold ran her own small business, a legal practice in Louisville.

Griswold holds a B.A. in Politics and Spanish Literature from Whitman College and a J.D from the University of Pennsylvania Law School. Griswold is fluent in Spanish and a graduate of Estes Park High School in Estes Park, Colorado. In 2006, Griswold was awarded the Watson Fellowship, and in 2009, the Penn Law International Human Rights Fellowship. Griswold is not married and lives in Louisville, Colorado.