How much money did it take to win as a woman this year? 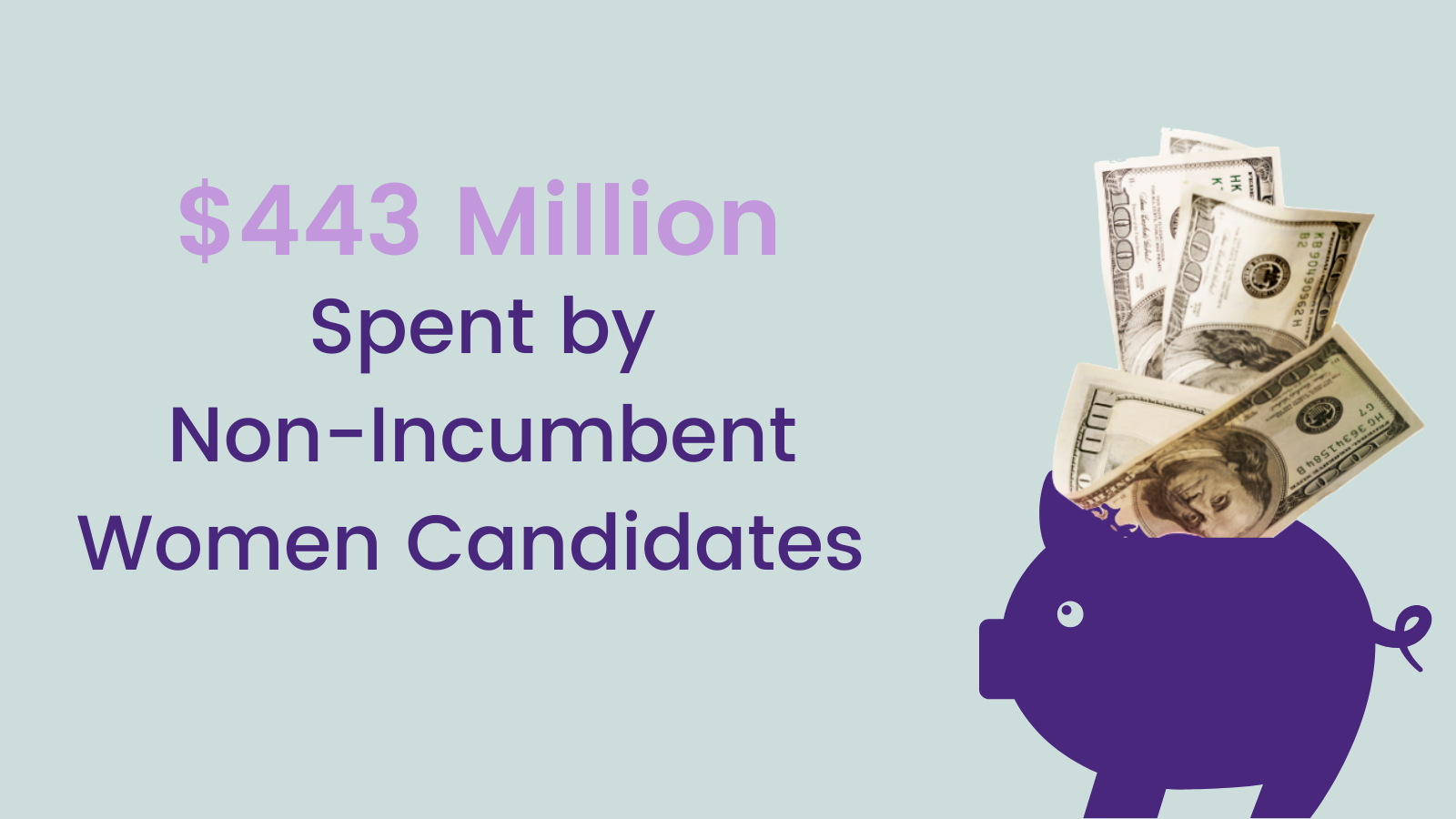 During the 2020 Congressional election, the campaign costs broke records once again, increasing from the $5.72 billion spent in 2018 to an estimated $7.52 billion in 2020; and, the cost of running as a non-incumbent woman was no different. A total of $443 million was spent by the 229 non-incumbent women candidates during the 2020 Congressional election cycle; only 27 have won and will be members of the 117th Congress.

Despite a lower success rate for challengers, 189 women ran as challengers in 2020, compared to just 47 who ran for open-seats. Due to this discrepancy more money, $350 million, overall was spent by challenger campaigns. However, the average per candidate spending was similar between candidates running as challengers ($1.9 million) and in open-seats ($1.97 million).

Although more money was spent by open-seat House candidates overall, women running for Senate open-seats spent more on average per candidate. Women in open Senate seat races spent on average $4.5 million per candidate compared to the $1.7million spent per candidate by those running for open House seats. Cynthia Lummis (R) was the only woman candidate to win an open-seat in the Senate; Lummis had the second-highest spending campaign, raising a total of $2.8 million and spending $2.2 million. Comparatively, Merav Ben-David, Lumis’s competitor for the open Wyoming Senate seat, only spent $277,584.

Every election cycle, the cost to run continues to skyrocket, especially for women who are more likely to run as challengers and in open-seats; but, every election cycle little changes for women’s representation. Our lack of representation is not the result of a lack of women candidates or a lack of funding, but a system which protects incumbents and continuously drives up the price to run for elected office. Rather than continuing to inflate the price of winning, we could spend the money on  replacing our antiquated electoral system with ranked choice voting. A system which not only encourages more women to run for office, but also improves their success rates and lowers the exorbitant price of running.