Quick Take: The Gender Parity Index is out! Now what? 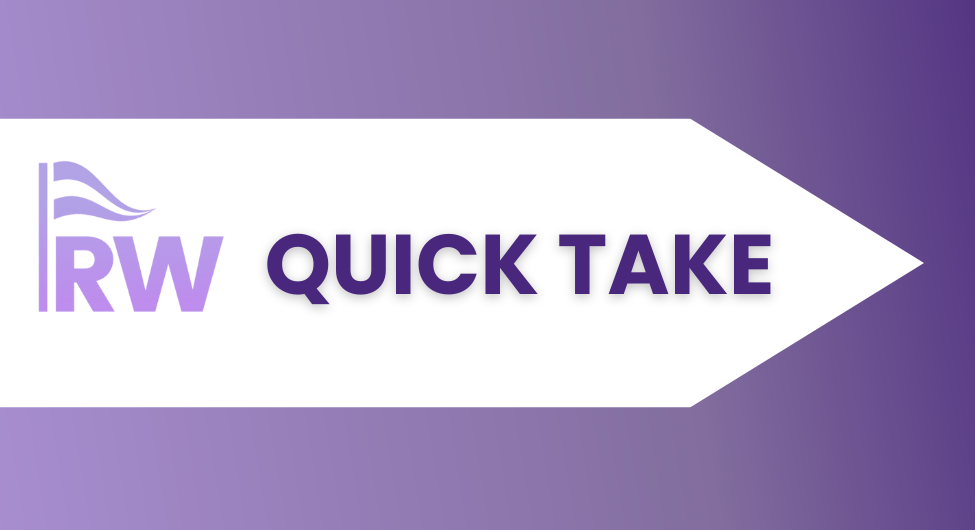 It's that time of year again! RepresentWomen is thrilled to share the Gender Parity Index for 2022! This year, the majority of states received a "D" grade, meaning that their governments do not adequately represent their population.

The Gender Parity Index is out! Now what?

It's that time of year again! RepresentWomen is thrilled to share the Gender Parity Index for 2022! This year, the majority of states received a "D" grade, meaning that their governments do not adequately represent their population. Louisiana, for example, is the only state that received a failing grade for women's representation, with an unsettling score of only 9 out of 100. No state received an "A" grade. New Mexico scores the closest to an A, with 49.2% women in government, and has achieved the highest out of all states for the second year in a row, followed closely by Maine, with 46% women(A state which uses the highly beneficial systems of Ranked Choice Voting for statewide and presidential elections). These governments are almost balanced, but not entirely since they do not consist of 50% women. New Hampshire is currently the only state ever to reach or exceed a score of 50, earning an "A" grade in 2015-2018, and 2020.

Every year since 2013, our research team has worked tirelessly to assess each state's progress (or lack thereof) towards gender parity in elected offices. The goal of the GPI is to quantify and evaluate progress towards gender-balanced governance in the U.S. for researchers and advocates. But what specific information does the GPI consist of, and how does that information measure progress? Keep reading to find out! 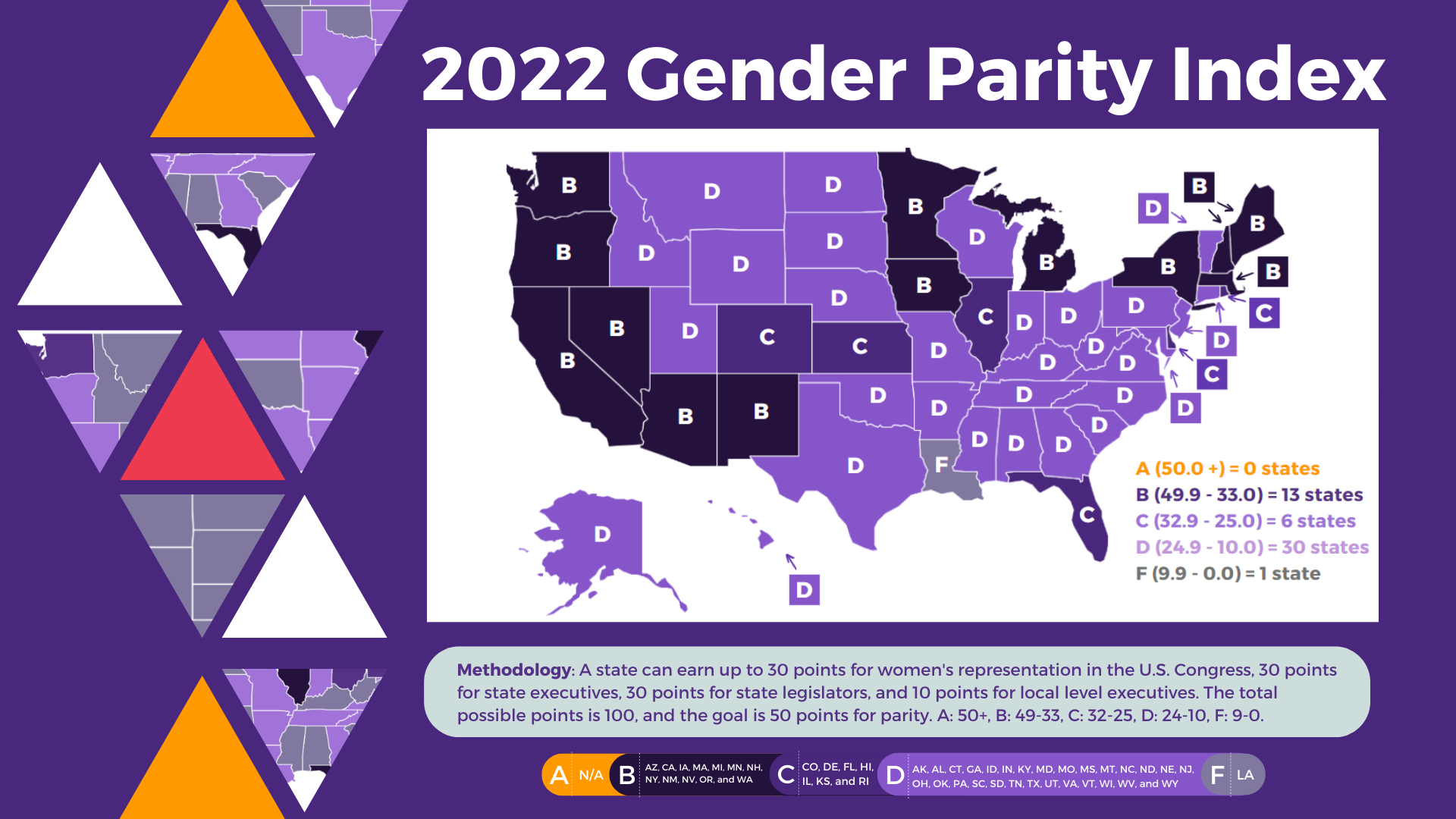 The GPI is RepresentWomen's annual flagship research project that measures how close each of the 50 states is to gender parity in their respective governments. The scores are on a scale of 0-100, with 50 representing perfect gender balance. RepresentWomen's GPI differs from other indexes because of the weighted score, grade, and ranking it assigns to each state. The score is calculated based on how many women currently hold or recently held elected office in a given state. National and state offices are scored out of 30 for women's representation, while local offices are scored out of 10. These scores are then combined to provide a comprehensive view of the status of women's representation in each state. While there have been some notable exceptions to the general lack of representation for women, there is still a great deal of work that needs to be done for us to achieve the ideal gender balance at the state level.

One finding has been constant throughout the years: gender-balanced representation is slow and uneven in the United States. This has led to policy decisions that are not indicative of what women want and are often the opposite. A stronger democracy, impervious to the tyranny of the minority, requires women's equal participation in policymaking. This past year's events effectively demonstrate our nation's need for policy created by women for women. As the GPI indicates year after year, the structural barriers to women's representation within our system are not effectively addressed by existing strategies that focus primarily on preparing more women to run for elected office. We must change our systems to combat these structural barriers which block women from running, winning, and leading in our politics. To achieve gender balance across the nation, we must invest in a new way of thinking about our politics. We must invest in women's political futures. 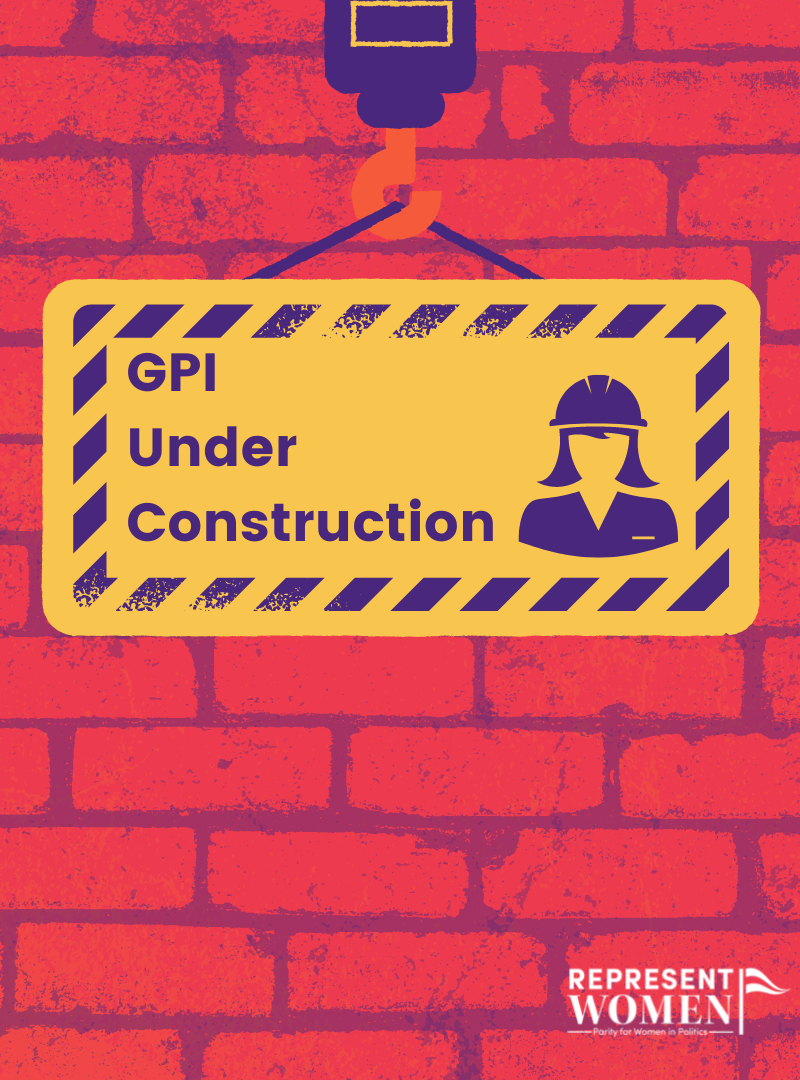