A majority of states earned a failing grade for gender balance this year, underscoring a national need for investment in systems strategies. 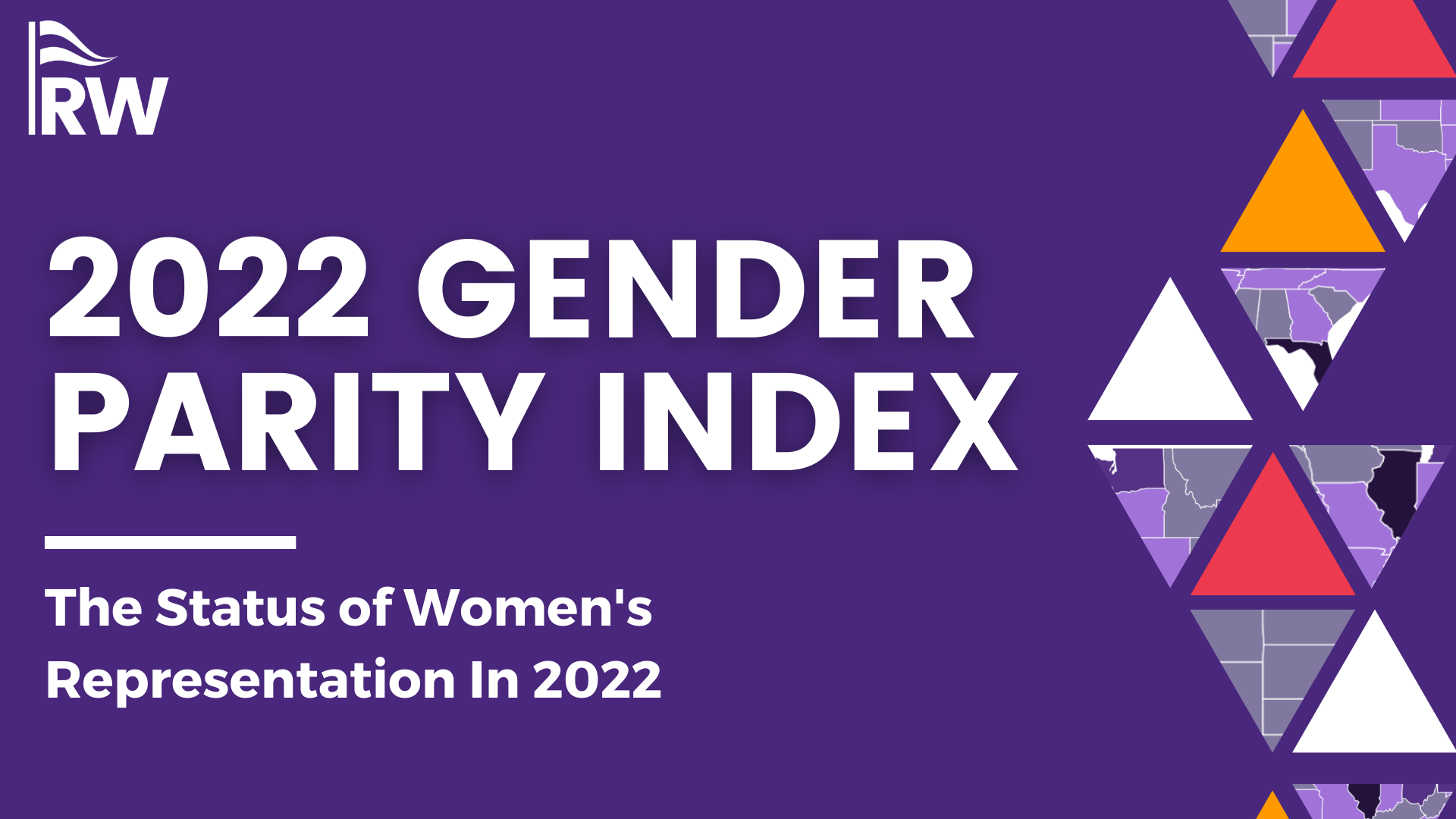 TAKOMA PARK, MD - (JULY 7TH, 2022) RepresentWomen has released their annual Gender Parity Index, which examines women's representation in each state at the local, state, and congressional levels, assigning a gender balance score (0-100, with 50 indicating gender balance), and a grade based on the state's score.

According to this year's GPI, New Mexico leads the nation with a rounded score of 49/100 for women’s representation in government. This is the second year in a row that New Mexico has ranked first but continues to fall short of gender balance. The only state to have received an "A" grade is New Hampshire, which did so from 2015-2018 and again in 2020. This year they have fallen to a "B" grade.

Only 19 states are over halfway to gender balance (scores 27 and above).  The majority of states have earned a "D," or failing grade, for gender balance in their state governments. This underrepresentation has been constant since 2013, but states have also slowly shifted from F to D to C. Louisiana is the only state to receive an F this year.

Another continuing trend is the stratification between coastal states and the rest of the country. Coastal States have tended to increase  ranks, while those in the center maintain D grades for women’s political representation.

There is slight Momentum for change. In 2020, six states were within 10 points of parity. This year, ten states are within 10 points (rounded). These include New Mexico, Maine, Nevada, Washington, Michigan, Minnesota, Oregon, and New Hampshire. Many of these states have enacted systems strategies that have benefited the women running for office in their states.

"Nine years ago, RepresentWomen (then Representation2020) developed the Gender Parity Index (GPI) to help researchers and advocates quantify and evaluate the slow-moving and often sporadic progress towards gender-balanced governance in the United States. This year, after the Supreme Court's decisions to give states greater authority, women holding positions in state leadership matters more than ever.”

With an eye toward the November midterms, with over 65 women candidates for governor (6 of which are Black women) and 64 women candidates for Senate this cycle, we again see more women running than ever before. Although we may continue celebrating milestones, such as Justice Kentanji Brown Jackson's confirmation onto the Supreme Court, we also must recognize that working towards gender balance requires intentional strategies, especially if our states continue to underrepresent women's voices, desires, and needs in policymaking.

So what can we do to create a more inclusive, representative democracy? Invest in and implement research-driven system strategies that address the roots of the political gender gap.

RepresentWomen’s research indicates that advocating for reforms like those outlined in the Fair Representation Act, which includes establishing multi-winner districts and implementing ranked-choice voting, is a crucial first step in this process – Stepping on the gas pedal for progress.

Additionally, commitments to creating gender-balanced cabinets and appointments are pivotal to creating pathways for women to obtain greater positions of power, including elected positions and party leadership.

On the timeliness and importance of investing in strategies proven to build women's politcal power, CEO and Founder of RepresentWomen Cynthia Richie Terrell said,

"Our democracy is designed to be updated, changed, and adapted as society does the same, yet we hold on to systems that no longer, and maybe never did, serve us effectively. Creating a level playing field through systems change is essential to providing women the opportunity to build our political power."

RepresentWomen, founded in 2018, is a research-based advocacy group that promotes the use of data-driven strategies to identify and eliminate the structural barriers women face in seeking elected office and advance women's representation and leadership in the United States. Our worldwide research on women's political representation aims to fill knowledge gaps in gender equality and electoral reform sectors. With our study, we work in concert with our allies to address political barriers women face in politics to ensure that more women can RUN, WIN, SERVE & LEAD.