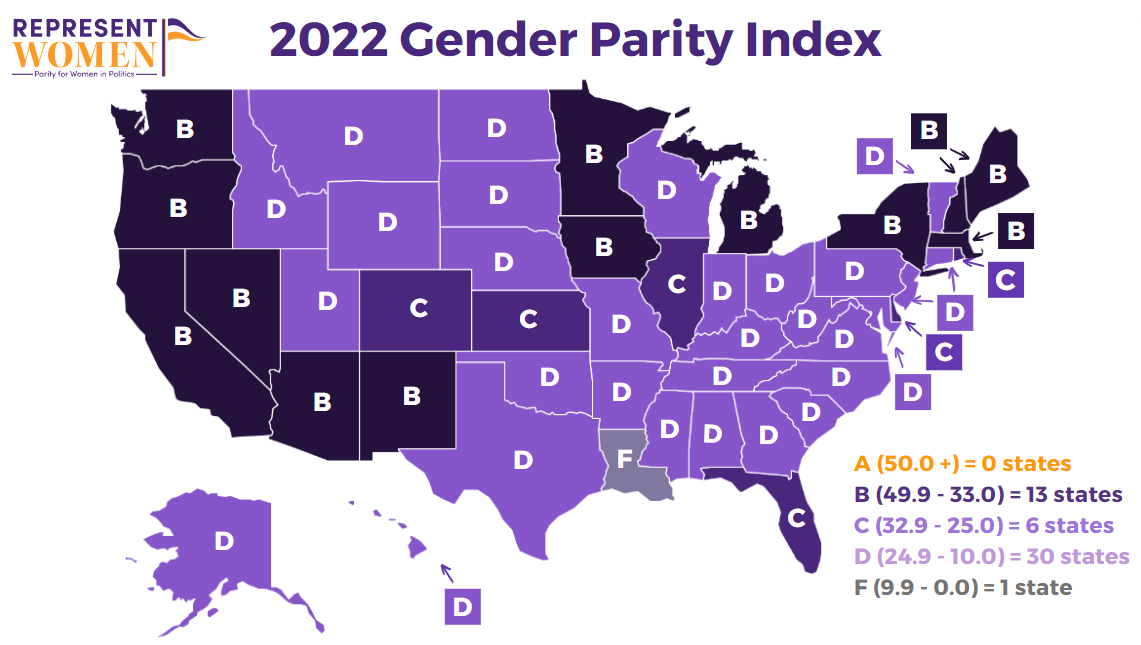 The Case for Systems-Level Change in the United States

After the last few election cycles, the number of women in office is at a record high. In addition to having the first woman vice president in history, women are represented in executive and legislative office at unprecedented levels. However, evaluating the status of women’s representation in terms of “records” is misleading because the baseline for women’s representation has been low historically. Incremental victories may break records, but they do not significantly advance progress towards parity.

Progress towards gender-balanced governance is dangerously slow in the United States. Even as we celebrate new records for women candidates in 2022, most U.S. elections remain structurally biased and fundamentally uncompetitive, limiting opportunities for women to succeed. When women are underrepresented in politics, laws go into effect against the will of the majority.

A thriving, representative democracy will remain far from reach until we enable more women to run, win, serve, and lead. No single reform will reset the course of American democracy on its own, but systems strategies that level the playing field are needed for the U.S. to achieve gender-balanced governance in our lifetimes.