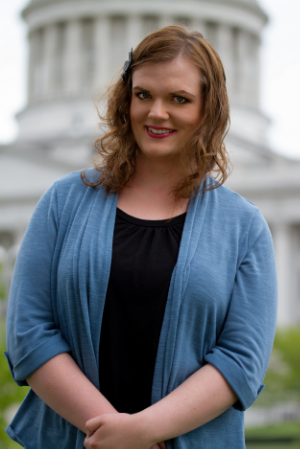 Misty K. Snow became the first openly transgender person to receive a major party’s nomination for the U.S. Senate when she clinched the Democratic primary in Utah on Tuesday.  Snow is 30 years old and a native of Salt Lake City.

Snow’s primary opponent, Jonathan Swinton had been favored to win the nomination however Swinton failed to win the necessary 60% of votes at Utah’s Democratic convention, thus forcing a primary race. In the primary election on Tuesday Ms. Snow beat her opponent by almost 20% of the vote.

​Ms. Snow will go on to challenge Republican Senator Mike Lee in the November general election.