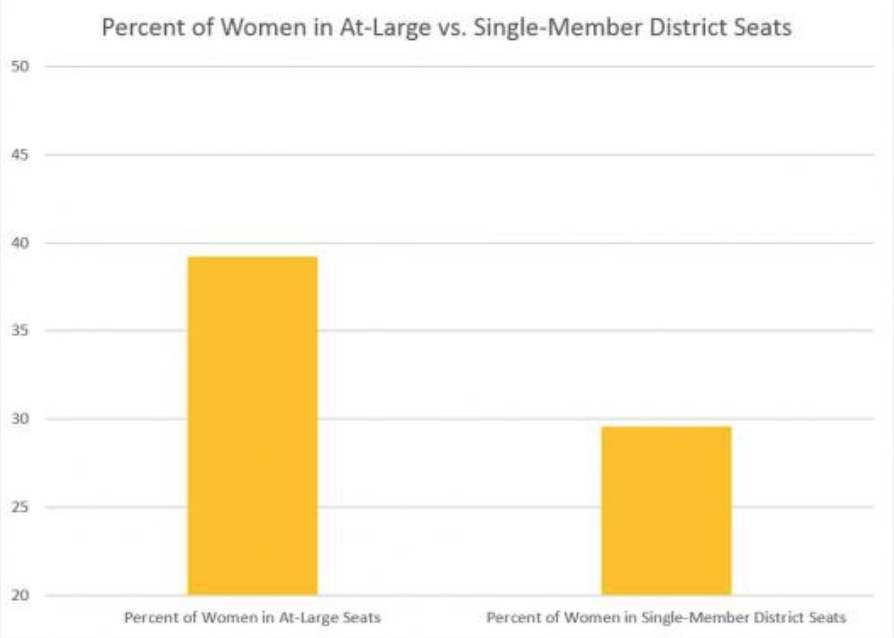 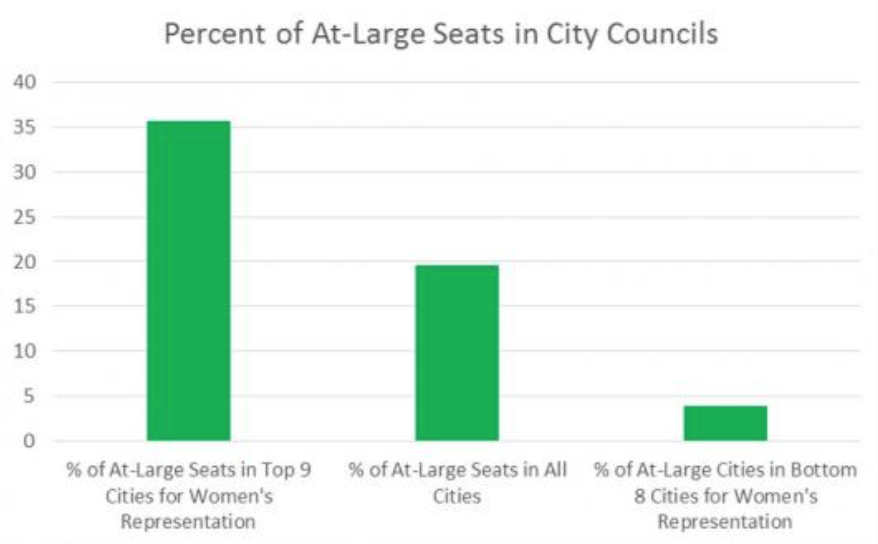 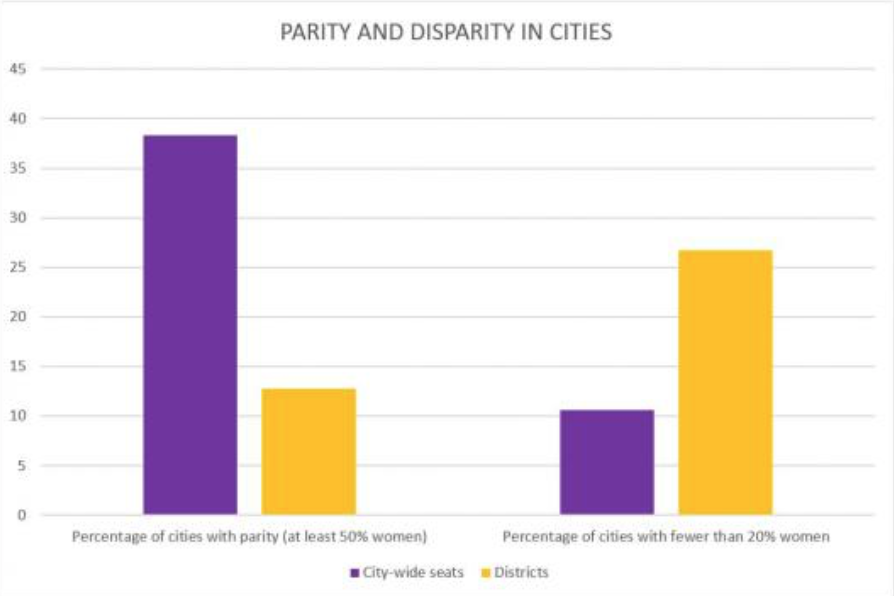 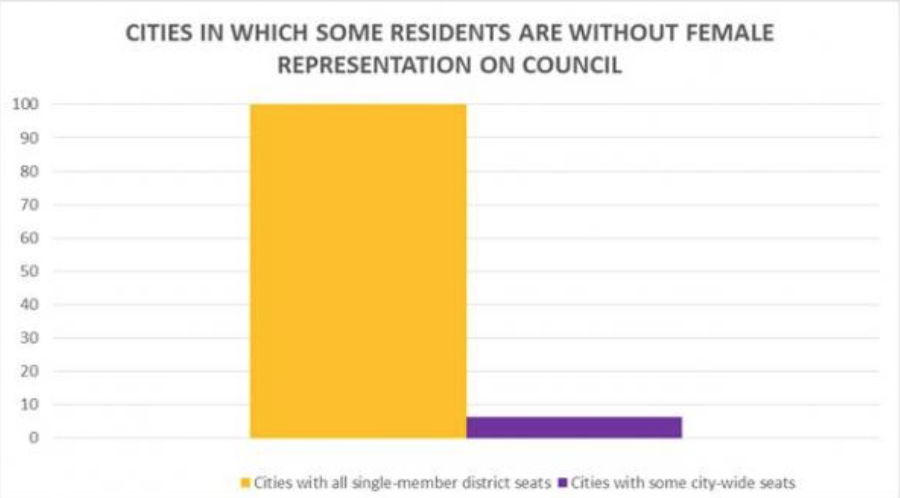 These findings of course do not mean that the mere presence of at-large seats results in election of women or that women always do badly in district elections. But the trends are clear, and it is time for us to take this consideration seriously when debating city election reform. There has been a general move away from at-large elections in recent decades without the potential adverse impact on representation of women being even a slight factor. We believe that recognition of women’s greater success in multi-seat elections will draw more attention to the option of reforming winner-take-all at-large elections with fair representation voting systems – ones that can correct the downsides of at-large elections without losing their positive attributes that include creating more opportunities for women.

Relating to choice of electoral systems, four of these 100 cities elect their mayor and councils with ranked choice voting (RCV) in one election without a primary or runoff: Minneapolis (MN), Oakland (CA), San Francisco (CA), and St. Paul (MN). Ranked choice voting creates more incentives for candidates to run positive campaigns, rewards grassroots politics and reduces the impact of money in the campaign process by shortening the campaign season and mitigating the impact of negative campaign ads.

Minneapolis and Oakland have now held open seat mayoral elections with ranked choice voting, and in both cases female candidates won despite being heavily outspent by well-connected male candidates. Women also hold five of eight city council seats in Oakland, which puts the city second in the nation in women’s representation on city councils in the 100 biggest cities, and Minneapolis also ranks highly at 16th. San Francisco ranks 38th for women’s representation while also having people of color hold nine of 11 seats, nearly double their share before RCV was implemented. This November St. Paul will elect the remaining half of it city council with RCV for the first time and currently ranks 64th in women’s representation.

For advocates of equitable representation of women, these findings show the importance of studying the impact of election structure and voting rules. For more information, contact Representation 2020 at FairVote, (301) 270-4616.

Our special thanks to summer intern Duncan Hosie for conducting this research.