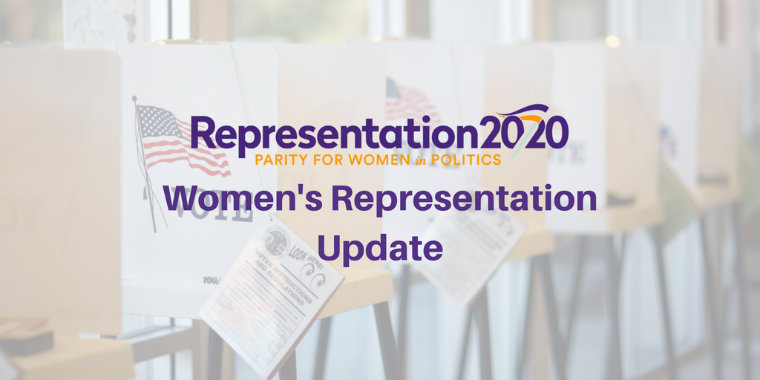 Much fanfare has been made about the possibility of electing a woman President of the United States this Election Day. But beyond this could-be monumental event, our nation still has much work to do for improving the election of women. The United States lags behind many other nations in women’s representation, coming in at a dismal 96th place. Moreover, most U.S. states are a long way from achieving gender parity in their congressional delegations, state executive offices, state legislatures and local offices. The 2016 elections present an opportunity to make incremental improvements in the dismal state of representation of American women in elected office at all levels of government.

Here’s what to look out for on Tuesday night:

State Executive: Current Oregon governor Kate Brown (D) is likely to win her first gubernatorial election in 2016 (as Oregon’s former secretary of state, she succeeded John Kitzhaber after his 2015 resignation) and Sue Minter (D) is in an extremely close race for the governor’s spot in Vermont. In New Hampshire, Maggie Hassan’s (D) seat will be taken over by either Colin Van Ostern (D) or Chris Sununu (R), lowering the already dim number of women governors in the U.S. (currently, just 6 of 50 states have women governors). Looking further ahead, three Republican women governors will leave office in 2018 when their term limits expire: Mary Fallin in Oklahoma, Nikki Haley in South Carolina and Susannah Martinez in New Mexico. Thus, without intentional focus on recruiting and backing women candidates, the number of woman governors might dwindle by 2019.

U.S. House:  According to the Center for American Women and Politics, 167 women are in the running for U.S. House spots, which is equal to the number of women candidates in 2012. 73 incumbent women are running for re-election, 75 women are challenging incumbents and 19 women in 18 districts are seeking open seats. A greater percentage of women won their primaries in 2016; 61% of women filing went on to compete in the general election compared to 56% in 2012. Democrat Lisa Blunt Rochester, if elected, will serve as the first woman as well as the first person of color ever elected to Congress from Delaware. Additionally, four out of the five non-incumbent women most favored to win House seats are women of color.

Though the 2016 election may yield a bevy of new women in elected office, we still have a long way to go to reach gender parity. Representation2020 encourages intentional action to hasten progress to gender parity in elective office. Advocates should focus on three ways to strengthen women’s representation in office. First, political parties, political action committees (PACs) and individual donors should actively recruit and encourage female candidates, even setting quotas to maximize the number of women that run.  Additionally, all states should adopt electoral practices such as fair representation voting and multi-winner districts, a reform which has been linked to the increased election of women. Finally, we must consider establishing internal legislative reforms that make serving in office accessible to women such as virtual or proxy legislative sessions, paid leave and on-site childcare. Transforming the U.S. political system to one that embraces women’s participation is how we can achieve gender parity sooner rather than later.