In 2019, the European Union made headlines when it selected Ursula von der Leyen, the first woman in the institution’s history, to serve as President of the European Commission. The Commission, a 27-member group with one commissioner appointed by each EU member state, serves as the European Union’s executive branch, responsible for proposing legislation and managing diplomatic relationships between the nations of the EU and its allies. Concurrent with von der Leyen’s election, the Commission neared gender parity, with a total of 13 women appointed to the executive body. 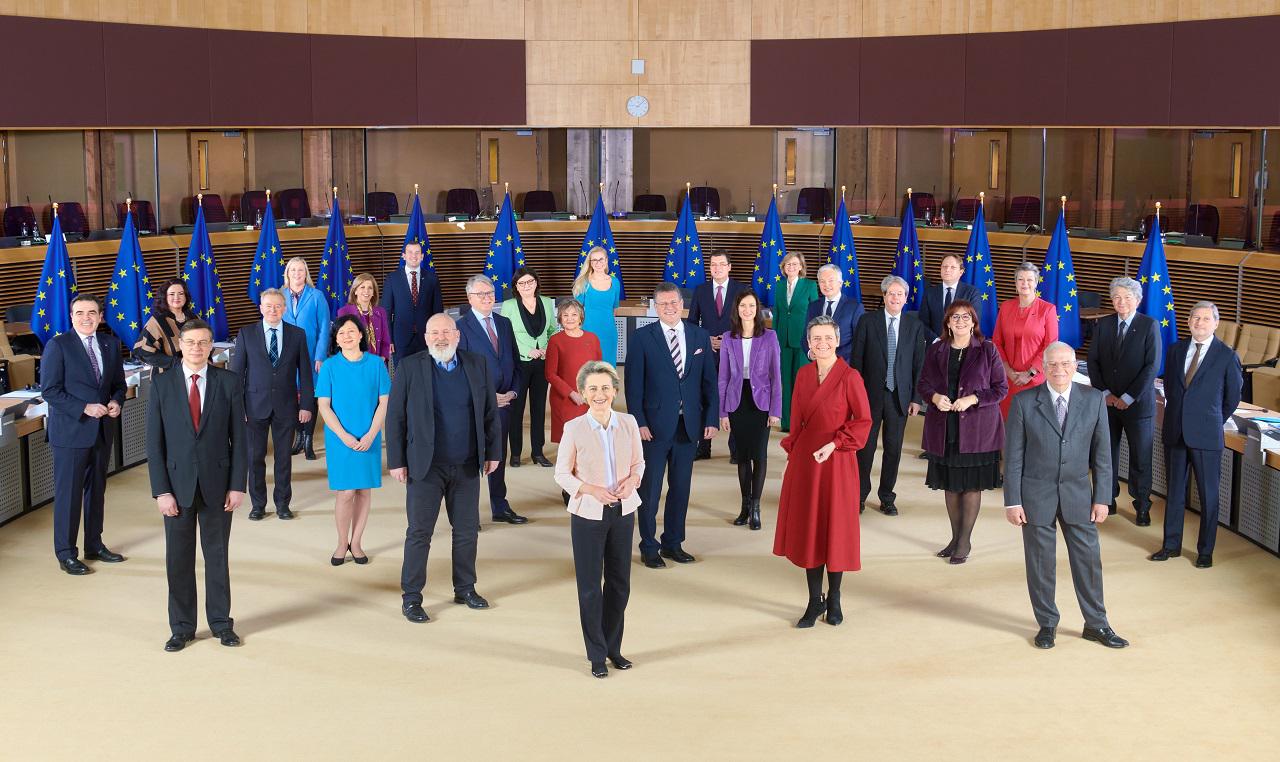 One of the key tenets of von der Leyen’s vision for the European Union is promoting a “Union of Equality.” Under her leadership , the Commission launched the Gender Equality Strategy; the plan lays out policy objectives and actions to make significant progress towards a gender-equal Europe by 2025.

Key objectives include: ending gender-based violence, challenging stereotypes, closing gaps in participation across different sectors of the economy, addressing pay and pension disparities, and ensuring gender balanced representation in decision-making and in politics.

Arguably one of the most important objectives is achieving gender balance in decision-making and in politics. In order to make sound policy decisions to address gender inequality holistically, women need a seat at the table.  As it stands, 51% of people  residing in the European Union are women; but, in most EU member states’ national parliaments women make up 40% or less of parliamentarians. However, women’s representation in the European Parliament, the EU’s supranational legislative body, is above the average of women serving in EU states’ national parliaments.

To address the disconnect between women’s representation at the supranational and national levels, the Gender Equality Strategy outlines goals for not just the EU’s Commission, Parliament and Council, but also for all member states within the organization. Ensuring women are equally participating and leading in throughout Europe.

By 2025, the Gender Equality Strategy aims to achieve:

While the goals and objectives outlined by the Commission’s plan are promising signs directing us toward a more gender-equal road ahead, there are still speed bumps along the way, best exemplified by the COVID-19 pandemic.

Throughout the past year’s efforts in battling the COVID-19 virus, the landscape of society and its priorities have shifted drastically. As a result, progress toward gender equality around the world was stymied, with overwhelming evidence pointing to the pandemic’s role in exacerbating existing gendered inequalities between and rolling back rights and progress gained over the last few decades.

This March, the European Commission published its first report on gender equality in the EU, since launching the Gender Equality Strategy. The report highlights how the COVID-19 pandemic has proven to be a challenge disproportionately affecting women. Trends found across EU member states include a surge in domestic violence, increased number  of women on the frontlines tackling the pandemic (76% of workers in the health services are female), employment rates rising by 1.4% for men but only by 0.8% for women, and the lack of women in COVID-19 decision-making bodies.

This last point is incredibly important. Of the 115 COVID-19 task forces in roughly 87 countries, including 17 EU Member States, 85% were made up a majority of men, 11% comprised mainly women, and only 3.5% had gender parity. This indicates that, on a global scale, women are not represented in the very decisions that disproportionately affect them. Gender balance is essential as we address the economic and social recovery process following the pandemic.

While gender equality and women’s empowerment have never been as high up on the EU’s political agenda, the past year has been particularly challenging for gender equality. While progress made on women’s rights is hard won they are also easily lost. The COVID-19 crisis presents an opportunity to change the status quo.

To better monitor and track progress in each of the European Union’s 27 member states, the Commission’s Gender Equality Strategy Monitoring Portal is linked here.

Meaghan is a spring 2021 outreach intern for RepresentWomen. She is a junior at Marist College studying political science and philosophy.