Jeannette Rankin, painted by Melanie Humble
Dear women's representation enthusiasts,
There were a number of significant milestones related to women's equality and representation this week including the anniversary of the day that the Equal Pay Act was signed into law in 1963 and the birthdays of many remarkable women including Kathy Spillar, the executive editor of Ms Magazine, former first ladies Martha Washington & Barbara Bush, Ms Foundation CEO Teresa Younger, Representative Eleanor Holmes Norton, and Jeannette Rankin who was the 1st woman elected to Congress, in 1916.
Like most suffragists, Rankin was a republican and was elected from a multi-seat district in Montana which was then a heavily democratic state. Alarmed by her win, the democrats switched to single winner districts (which disadvantage women candidates) during her term, making it all but impossible for her to win re-election. She did run again and served one more term in the 1940s: she was the only member of Congress to vote against entry into both World Wars. Rankin was a suffragist and an avid supporter of a national popular vote for president and preferential voting - aka Ranked Choice Voting!
Read more Ella Jones, a Ferguson, Mo., city councilwoman, in 2017. She was elected mayor on Tuesday night.Credit...David Carson/St. Louis Post-Dispatch, via Associated Press
Dear friends,
Amidst the news of the continuing pandemic and wide-spread protests of police violence there were some incredible victories for women candidates running for offices at the local, state, and federal levels this week. Jennifer Medina wrote an article in The New York Times about the election of Ella Jones as mayor of Ferguson, MO six years after a police officer shot and killed Michael Brown
Read more

Weekend Reading on Women's Representation May 29, 2020 Dear women's representation enthusiasts!
As readers may remember, jurisdictions with ranked choice voting are electing more women to office for both executive and legislative offices than the norm in non-RCV cities. There have been some very successful uses of ranked choice voting this year by both major parties for primaries and party elections but the biggest news is that Massachusetts is well on its way to becoming the 2nd state to adopt RCV. If you care about democracy read this good piece in The Fulcrum about the effort and if you live in Massachusetts please sign the petition:

Voter Choice for Massachusetts 2020 announced Wednesday that it has smashed the signature requirement to get ranked-choice voting on the November ballot. Campaign workers say they are on pace to collect the most signatures for a ballot initiative in Massachusetts history.

In an email to supporters, the campaign said it has collected 17,084 raw signatures, and is averaging over 800 new signatures per day. It needs 13,347 verified signatures by June 17 to go before state voters in the general election.

If approved, Massachusetts in 2022 would become the second state, after nearby Maine, to adopt the system for electing all state executive officials, legislators and members of Congress.

"Thanks to our amazing volunteers, we're right on track to meet and exceed our campaign goal of 25,000" the campaign said.

According to the campaign, the signature validity rate is around 73 percent. This means it appears likely that the campaign has already cleared the necessary bar it needs to get to November, and should have more than enough cushion by the deadline.

Weekend Reading on Women's Representation May 22, 2020 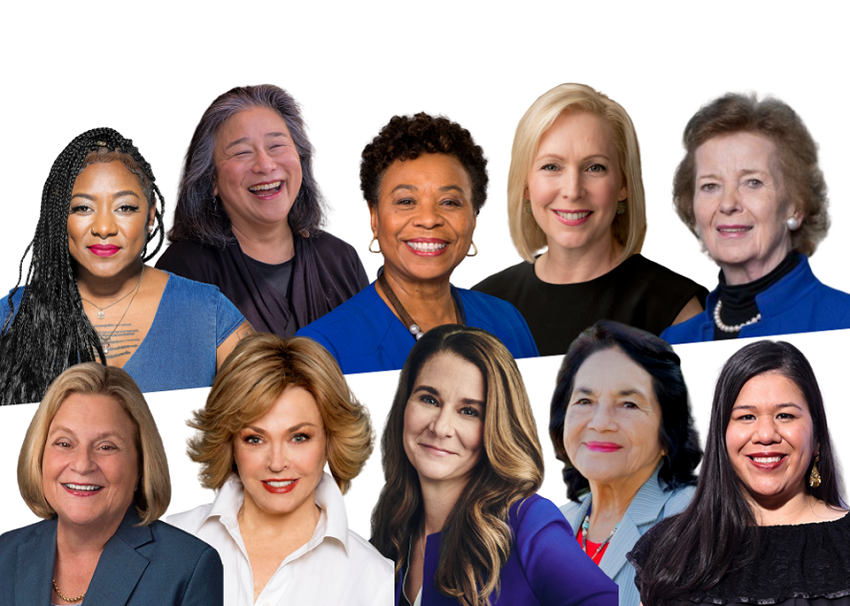 A few weeks ago an evocative meme was making the social media rounds: a picture of the leaders of Germany, New Zealand, Belgium, Finland, Iceland and Denmark with the caption “COVID-19 is everywhere but countries with heads of state managing the crisis better seem to have something in common…” Of course the answer was that they were all women. The narrative is that from Angela Merkel of Germany to Jacinda Ardern of New Zealand to Tsai Ing-wen of Taiwan (as well as the leaders of Denmark, Finland, Iceland, and Norway), it does appear that countries who have female leaders at the helm are proving to be faring better during the pandemic thanks to their effective handling of the response to the COVID-19 crisis.

Weekend Reading on Women's Representation May 15, 2020 Illustration by Joan Wong; Photographs from Getty Images
Dear women's representation enthusiasts,
There were a number of great pieces tied to the celebration of Mother's Day which pointed to the contradiction between the Hallmark version of the holiday and the lived experiences of many, if not all, women. I especially loved a piece in The New York Times by Kim Brooks titled "Forget Pancakes. Pay Mothers" which challenges readers to think about the work of raising children and running households in the United States:

After just six days of sheltering in place, I found myself thinking about all the women I’d taken for granted.

Weekend Reading on Women's Representation May 8, 2020 The US Women's National Team celebrates winning the 2020 SheBelievesCup after beating Japan. Getty Images
Dear women's representation enthusiasts!
As perhaps some of you heard, a federal judge ruled against equal pay for the championship U.S. women's soccer team this week according to this story by Liz Clarke in The Washington Post:

Chants of “Equal pay! Equal pay!” erupted among a crowd of nearly 60,000 in Lyon, France, in July when the U.S. women clinched their fourth World Cup championship with a 2-0 victory over the Netherlands.

Nearly 10 months later, federal judge R. Gary Klausner, ruling in U.S. District Court for the Central District of California in Pasadena on Friday, was unpersuaded by the women’s legal case for that demand. Klausner rejected the U.S. women’s soccer team’s argument that it has been underpaid relative to the U.S. men in the gender-discrimination suit filed in March 2019.

Weekend Reading on Women's Representation May 1, 2020 Grand Teton National Park wildflowers
Dear fans of women's representation,
As the general election looms ever closer, concern about the voting process is intensifying. There was a great piece in The Fulcrum this week by LeeAnne Grapes about combining mailed ballots with ranked choice voting to ensure a healthy & safe voting process:

Of course, no one could have foreseen a pandemic upending life as we know it. But as the threat of coronavirus became increasingly pressing, the state's Democratic leadership responded by cancelling the in-person caucuses and instead mailing every registered Democrat a ballot that could be dropped off or mailed back. 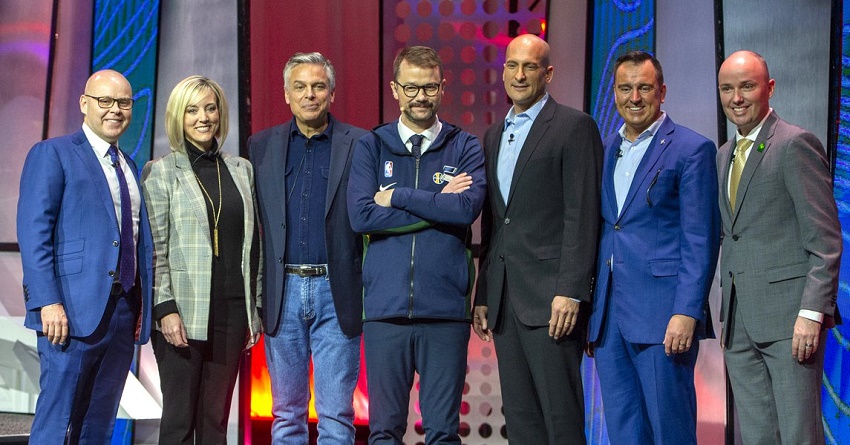 Dear friends,
There was a very interesting piece by Michelle Quist in The Salt Lake Tribune about the under-representation of women in state and local government in Utah and the use of Ranked Choice Voting in several jurisdictions and for GOP state party elections. Utah is a fascinating case study because the legislature adopted the local option bill almost unanimously, the republican party has been central to its effective implementation, and a number of women have been elected with RCV to local office with the catchy slogan faster, better, cheaper to describe ranked choice voting:
Read more Many of you have probably seen the widely-circulated piece by Avivah Wittenberg-Cox in Forbes about the impressive role that women leaders have been playing in reducing the impact of the coronavirus in their respective countries. It's important to note that these countries all have some form of proportional representation voting system to elect their parliaments which, in tandem with intentional recruitment strategies, leads to more women getting elected and women's power becoming normalized. While the United States ranks 81st worldwide for women's representation, Germany ranks 49th, New Zealand ranks 20th, Iceland ranks 31st, Finland ranks 11th, Norway ranks 17th, and Denmark ranks 25th. Research confirms that voting systems have a clear impact on norms around women's leadership and representation, if you'd like to learn more click here. And read a snippet of the piece by Avivah Wittenberg-Cox below: