With no “A” ranking states, RepresentWomen’s 2021 Gender Parity Index (GPI) shows the fight for gender balance in our politics is far from over.

TAKOMA PARK, MD -- The Latest Gender Parity Index (GPI) from RepresentWomen finds the United States had little movement to close the political gender gap at every level of office. 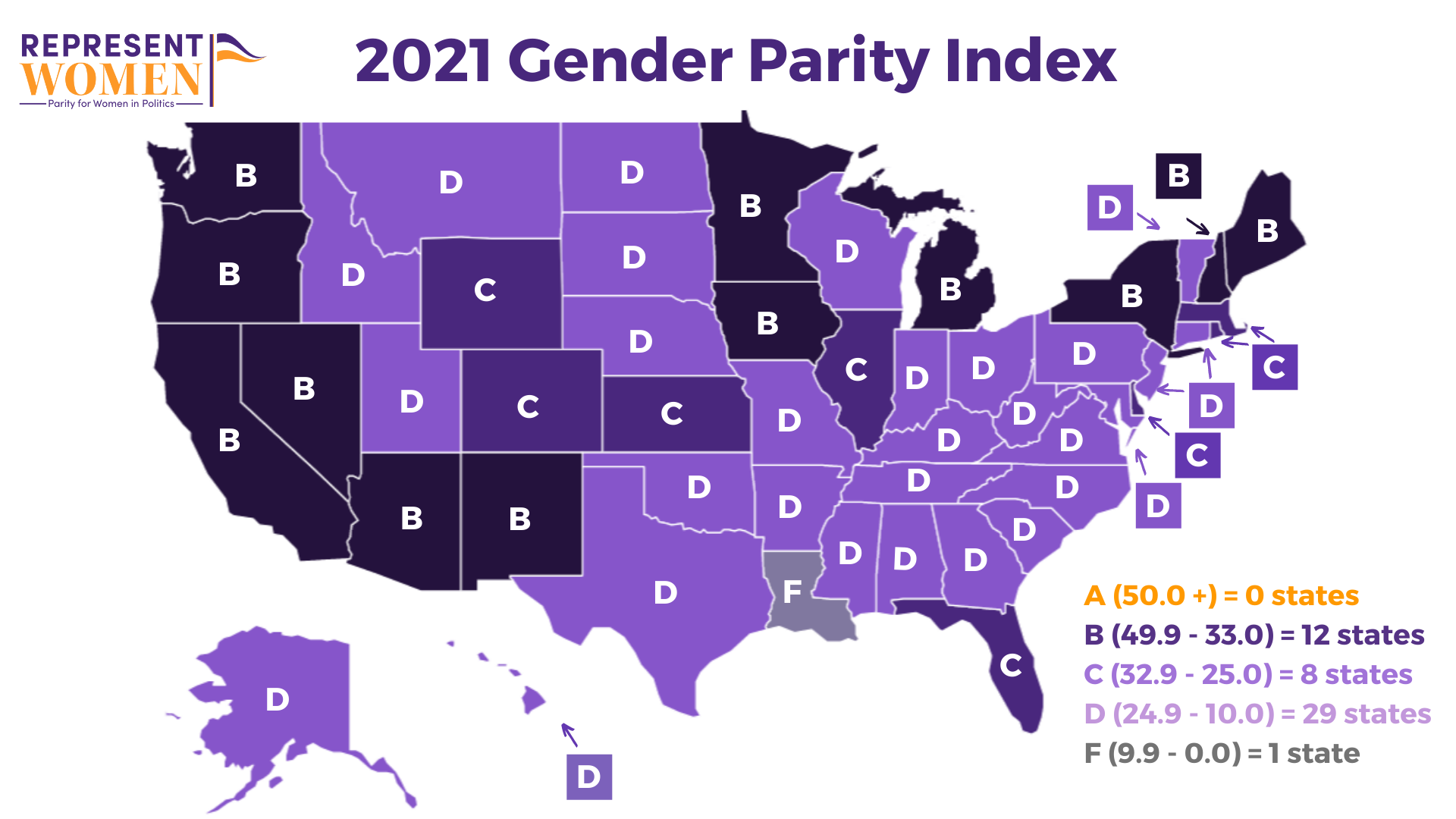 The Gender Parity Index (GPI) is part of an annual study of the underrepresentation of women in elected office. Each year, the GPI rates women's recent electoral success at the local, state, and national levels on a weighted scale of 0 (no women in major elected offices) to 100 (women hold all such offices), with the target goal of 50, additional information on GPI methodology can be found here. The complete 2021 rankings of all 50 states can be found here, and downloadable state-specific pages can be found here.

As a whole, the United States ranks 67th  in global rankings for legislative gender parity, with women making up 51% of the population but only 27% of the House of Representatives. The critical difference between the United States and other countries is that other countries have leveraged systems strategies — including recruitment targets and fair representation voting rules successfully — to advance women’s leadership at a faster rate.

RepresentWomen’s founder and director, Cynthia Richie Terrell, comments, “to reach and sustain gender parity in our lifetimes, we must pivot toward systems reforms.” Richie Terrell adds, “changing rules and systems in the fight for equality is part of the American tradition. From the 19th Amendment to the Americans with Disabilities act, we have a precedent of systemic and structural solutions to ingrained inequality.”

RepresentWomen, founded in 2013,  is a research-based advocacy group that promotes the use of data-driven strategies to identify and eliminate the structural barriers women face in seeking elected office and advance women’s representation and leadership in the United States. With our research on women’s political representation, we aim to fill knowledge gaps in the gender equality and electoral reform sectors. With our research, we work in concert with our allies to address political barriers women face in politics to ensure that more women can RUN, WIN, SERVE & LEAD.