Only 55% of the Arab countries ensure women’s parity in their parliament through gender quotas and reserved seat quotas. 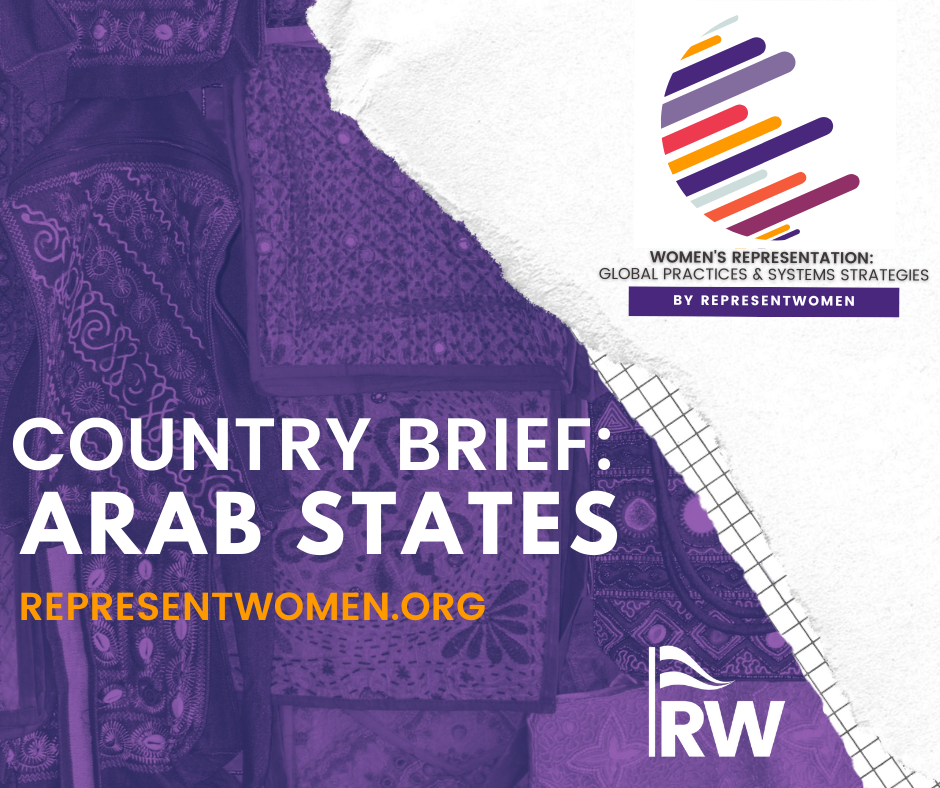 According to this research, it’s clear systematic strategies, such as gender quotas enshrined in state constitutions and enforced, do enhance women’s representation within parliaments with 55% of Arab states that introduced these seats reserving policies having higher rates of women’s parity compared to states without any gender quota laws. Tunisia, is an outlier, as the only Arab state that employs a legislative candidate gender quota.

This research can also be applied to learn how to increase women’s parity through these states’ experiences. The United Arab Emirates reported zero representation just a few years ago, but as of October 2021 is one of few countries in that have 50% women’s representation in the Majlis Watani Itihadi, the lower house of parliament, and rank 5th in the IPU (Inter-Parliamentary Union) ranking. Our research indicates this success is because Emirates employs a reserved seat gender quota.

The bar chart below demonstrates the differences for women representations in the lower house in the Arab countries. 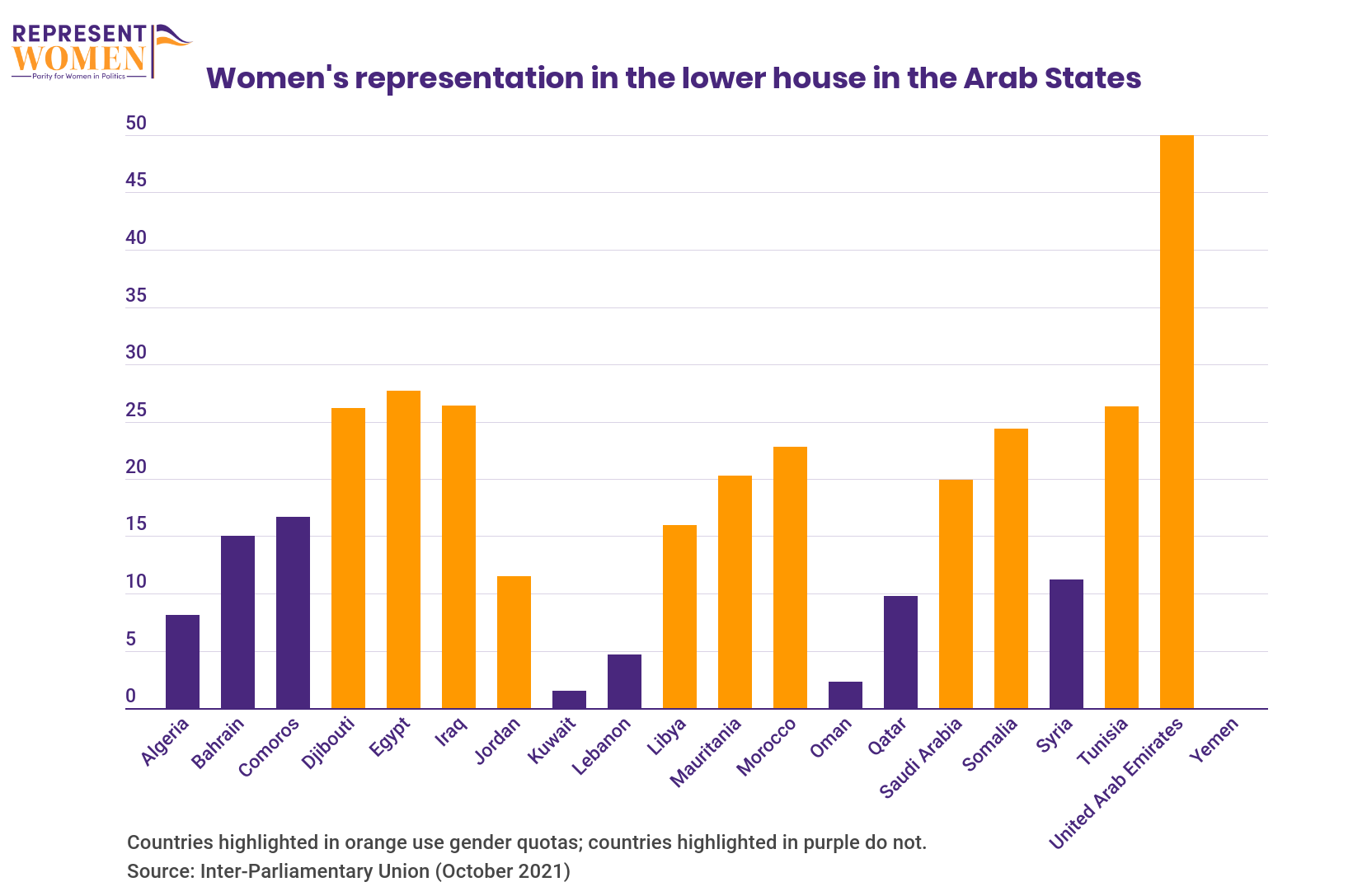 This report not only expresses women’s current representation in parliament, the executive, and judiciary of these Arab states, but also delves into the history of these nations, their revolutions, and reforms as well as all of these aspects effects of women’s parity. However, this research highlights that beyond a structural level, having more women’s representation is for not if that does not increase the amount of actual political representation of women through legislation promoting women’s rights and adressing women’s issues.

Fatima Tawfik, a RepresentWomen Research Associate, and the project leader, asserts that “reading the Arab state's report will be like traveling across the Ocean and continents, you will have the chance to live in new cultures and experiences while opening an entirely new world to you"

RepresentWomen, founded in 2018, is a research-based advocacy group that promotes the use of data-driven strategies to identify and eliminate the structural barriers women face in seeking elected office and advance women's representation and leadership in the United States. With our research on women's political representation around the world, we aim to fill knowledge gaps in the gender equality and electoral reform sectors. With our research, we work in concert with our allies to address political barriers women face in politics to ensure that more women can RUN, WIN, SERVE & LEAD.