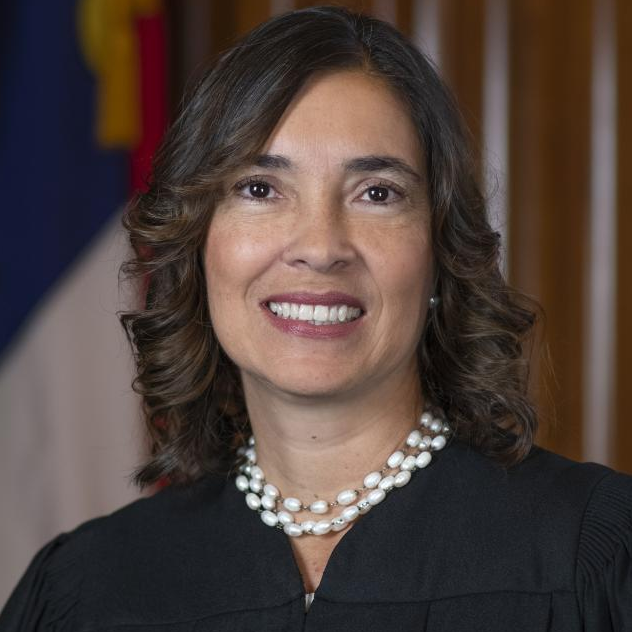 Justice Anita Earls is a civil rights attorney and Associate Justice of the North Carolina Supreme Court. Anita Sue Earls was born in Seattle, Washington on February 20, 1960, and raised there by her father, Garnett Austin Brooks, and her mother, Hazel Elliott Brooks, both deceased. Her father was a certified urology associate and her mother was a registered nurse. Anita attended public schools and was awarded a National Achievement Scholarship upon graduation from high school.

Upon graduating, Anita was awarded a Thomas J. Watson Fellowship to pursue the study of cooperative work organizations and the role of women in Tanzania. Returning to the United States after three years abroad, Anita obtained her J.D. from Yale Law School, where she was a Senior Editor on the Yale Law Journal and published a note titled “Petitioning and the Empowerment Theory of Practice”. She was the first Robert Masur Fellow in Civil Rights and Civil Liberties at the Nation Institute in 1987.

Anita was appointed by President Clinton in 1998 to serve as Deputy Assistant Attorney General in the Civil Rights Division of the U.S. Department of Justice. From 2000 to 2003, she directed the Voting Rights Project at the Lawyers’ Committee for Civil Rights Under Law.  Returning to North Carolina in 2003, she joined Julius Chambers at the UNC Center for Civil Rights as Director of Advocacy.

In 2007 Anita founded the Southern Coalition for Social Justice, a non-profit legal advocacy organization, and served as its Executive Director for ten years.  While there Anita litigated voting rights and other civil rights cases.